In Virgin River Season 4, who does Preacher end up dating! Paige or Julia? 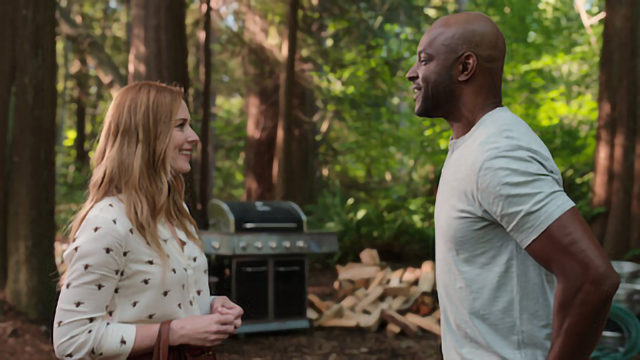 One of the central figures in “Virgin River“ on Netflix is John “Preacher” Middleton, played by Colin Lawrence. Like Jack, who he served in Iraq with, he is a former Marine. He is employed as a chef at Jack’s bar when the series premieres. Later, Preacher rejects an offer to work in San Francisco in order to accept Jack’s invitation to join him in business. Preacher is the male protagonist of the second book in Robyn Carr’s original series of novels, “Shelter Mountain.” Preacher becomes a father figure to Christopher Lassiter (Chase Petriw), the daughter of local baker Paige Lassiter (Lexa Doig), who drives the pastry truck Paige’s Bakeaway, earlier in the TV series. In season 2, Paige is compelled to leave the Virgin River. In season 4, Preacher develops a love interest in Julia, a newcomer to the community and an Aikido instructor (played by Lucia Walters). We have the answer to the question of whether Preacher will choose Paige or Julia.

Paige or Julia: Who Will Preacher Choose?

Paige makes her debut in the first episode of the show, just like Preacher did. Paige strikes Mel as being approachable, kind, and open. Presumably, Paige has known Preacher ever since she moved to the community. As their acquaintance progresses toward romance, some inconsistencies in her account emerge. In the end, it is revealed that Michelle Logan, who is on the run from her violent husband Wes (Steve Bacic), is Paige’s real name. She doesn’t have a bank account because she thinks Wes will use it to follow her and Christopher. Wes finally arrives in Virgin River and attempts to coerce Christopher and Paige into accompanying him on his departure. He chokes Paige, and as Christopher approaches, Paige knocks Christopher down the steps, killing him. Paige is urged to flee with Christopher when Preacher shows there and learns what occurred. Wes’ body is cared for by Preacher, who buries it in the forest. Paige makes the decision to leave Christopher with Preacher after Wes’ twin brother Vince starts hunting for her and Christopher. In a tragic ironic twist, Vince separates Preacher from Christopher in the season 3 finale and kidnaps his nephew. Preacher searches for Christopher for the whole of the fourth season. He employs a number of detectives, but none of them are successful.

Does Preacher End Up with Julia?

Preacher meets Julia in the meantime, and they start getting close. Julia introduced Preacher to her niece at the Renaissance Fair in Virgin River. But when she discovers pictures of Christopher, Preacher, and Chloe together in a picnic basket, things get difficult. At first, Preacher is hesitant to share any details. Although he has valid reasons, it is understandable that Julia becomes agitated by his lack of response. Just as Preacher starts to open up to Julia in season 4 episode 10, titled “Fire and Rain,” Paige reappears in his life. Later, Preacher learns that Christopher has returned, but that Vince has seized Paige this time to exact retribution for his brother’s death. Preacher successfully subdues Vince in the “The Long Goodbye” season 4 finale, saving Paige. Because of this, Paige and Julia are both in the Virgin River at the end of the fourth season. The natural question that follows is: Who Will Preacher End Up With?

Paige is the female lead opposite Preacher in Robyn Carr’s original novel. The show’s makers, however, have exercised a great deal of artistic license and diverged significantly from the books’ plot lines. The love triangle between Paige, Preacher, and Julia can therefore be completely reimagined in season 5. Even though their relationship was never romantic, Paige and Preacher have a close affinity. Preacher may choose to give her and Christopher the secure home they deserve in season 5 and find happiness in the process. He could also opt to remain with Julia, which is a possibility. He has previously expressed to her his seriousness about their relationship, after all. He and Paige were tight, but they had never been this intimate. In any case, it seems that Preacher may have to choose in season 5.