I Wanna Dance with Somebody Movie: Does Naomi Ackie Sing? Here is the reality! 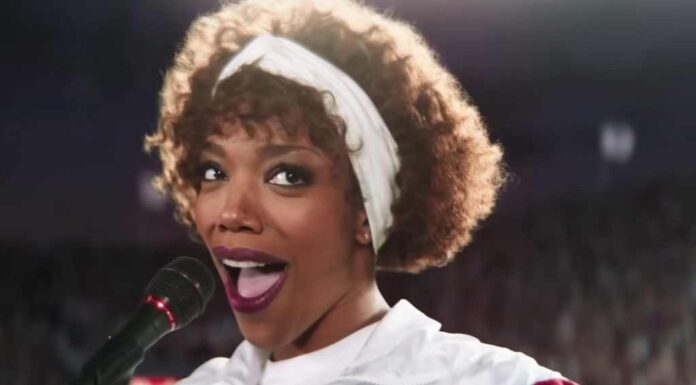 Naomi Ackie, plays the renowned Whitney Houston and significant figures in her life, in Kasi Lemmons’ new film “I Wanna Dance With Somebody.” In addition to sharing a startling resemblance in appearance, Ackie also exhibits many of Houston’s mannerisms while showing her strength, her adversity, and, most importantly, her capacity to fundamentally alter the music industry. The subject of whether the voice is similar to the looks is raised. Although Ackie is a fantastic fit for the character of Houston. Despite how excellent Ackie’s performance is, does she actually sing the entire time? is it true Naomi Ackie sings in I Wanna Dance with Somebody Movie. (tvacute.com) Here is the reality!

Does Naomi Ackie Sing in I Wanna Dance with Somebody Movie?

I Wanna Dance with Somebody is the official title of the new biographical film, which charts Whitney’s development from a New Jersey choir girl to one of the most celebrated recording artists of all time. As you might anticipate, the film includes a number of Whitney Houston’s most well-known performances and songs, including her rendition of “The Star-Spangled Banner” at Super Bowl XXV and her well-known medley of “I Loves You, Porgy”/”And I Am Telling You I’m Not Going”/“I Have Nothing” at the 1994 American Music Awards..  is it true  Naomi Ackie sings in the movie? The simplest answer is no, although occasionally you’ll hear her voice. Ackie was singing during those instances, though, to match Houston’s vocal talents to make it appear genuine.

According to Ackie’s statement to Yahoo! UK, “I sing the first song that you hear in the film, when she’s a little younger and needs to be refined.” “In one of the office moments when she is selecting a tape, I sing just for the dramatic beats. I do it occasionally, though. It is Whitney to 97.9% of it!”

Ackie’s impersonation of Houston was spot on, according to creative music producer Clive Davis, but Houston’s actual vocals would be used throughout the movie. Since Davis was a key figure in Houston’s rise to fame and had known her for more than half her life, he was well aware of the near impossibility of duplicating Houston’s aptitude and vocal prowess. In May 2021, Davis said USA Today, “We just didn’t think anyone could capture Whitney’s vocal genius, so it will be the Whitney voice in the film.

Ackie herself spoke about her role and how difficult the eight months of preparation to portray Houston’s character were in a December interview on “Live With Kelly and Ryan,” saying, “I think it was that: knowing that so many people love Whitney and not wanting to let anybody down and trying to portray the best parts of her and the most complicated parts of her, so it took a long time.”  You know what they say: no one can sing it like Whitney. It must be nearly difficult to hit those notes in the way Houston was able to.

I Wanna Dance with Somebody, starring Whitney Houston, is currently playing in US theaters; the UK version will open on December 26.