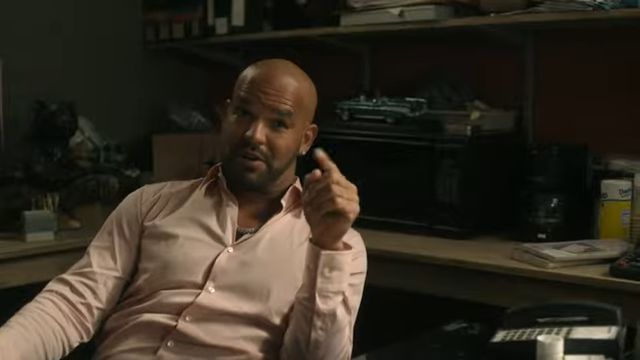 Monica Raymund directs the previous episode 2 of Hightown Season 2, Renee’s worried about being pregnant. Jackie and Leslie bring up the three kids and decide to charge him with manslaughter. Doug grins as he discloses that Colin Connor was his dealer. Doug wants a lawyer. Frankie discovers that the dealer who sold to those three kids is named Gumdrop. Ray invites Gina over after changing his mind about contacting Renee.  What can we look forward to in the upcoming episode? We’ll have to move on in order to see this. The second episode, titled “Fresh as a Daisy,” looks to be a lot more exciting. www.tvacute.com provides a promo and a summary for Hightown Season 2 Episode 3.

Hightown Episode 203 Synopsis: Jackie abandons her stakeout for a fiery confrontation. Ray is once again humiliated and does what he can to get back on the force.

Hightown Season 2 Episode 2 opens with a bizarre image of Junior and Jackie aboard a boat. It’s a lovely sunset, a peaceful backdrop to their tumultuous feelings. It’s a dream, with Jackie bolting upright and ready for the day. The triple ODs upset the community, with Alan speaking out about the opioid scourge hitting Cape Cod. He advises the kids to stay away from narcotics, but they debate and doubt his authority and what the cops are doing to stop it. That’s not much right now. Jackie and Leslie then review the morning’s events in the locker room. Jackie isn’t in the mood for gossip and is ready to work. The lieutenant is on his tail, pressing him to solve this.

Renee’s period is late and she’s worried about being pregnant. And Jorge’s constant agitation makes matters worse. Donna approaches Renee in the club, asking for a position at Xander’s. Despite Renee’s bluntness, Donna is passionate about working there. Alan sees Osito in prison. Kissel’s disappearance isn’t a mistake; he’s dead. Osito knows Junior killed him in the park. Meanwhile, Jackie and Leslie recruit an addict’s help to get narcotics. They want to know how far up the chain this goes, so they go for a dealer named Doug. When the junkie doesn’t show up, Leslie and Jackie go looking for him. Their junkie has taken the narcotics, and their secret has been blown. After he brags about selling the Great White drugs, Jackie and Leslie handcuff him. Jackie and Leslie bring up the three kids and decide to charge him with manslaughter. Doug grins as he discloses that Colin Connor was his dealer.

They don’t go far because Doug wants a lawyer, but Alan figures out this whole thing is about Jorge and Frankie, especially when Doug’s face turns white when he sees images of Jorge and Frankie. Alan starts to plan his search at Nicholson Park, determined to test Osito’s words. Things are also heating up at Xander’s. Charmaine is all business. Renee, Frankie, and Jorge are also present, ready to team up. Renee bribes her with a “first class” plane ride. Frankie discovers that the dealer who sold to those three kids is named Gumdrop. Ray invites Gina over after changing his mind about contacting Renee. A handgun is in front of the handbrake and shrubs surround Ray’s truck the morning after. Osito discovers a dead rat in his cell. Another inmate is sending a message. Jackie wakes up close to Leslie as he rings Jackie.