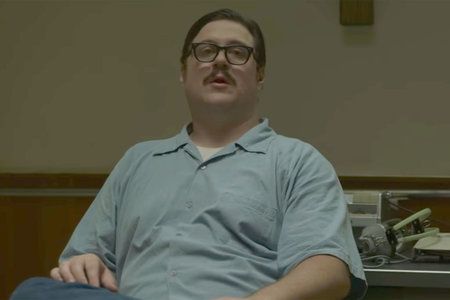 In order to understand what motivated some of America’s most prominent serial killers to the point when their violent fantasies and curiosities became a tragic reality, First Blood explores some of their first known killings. The series examines the turning points in the killers’ life that motivated them to conduct these heinous acts, offering a distinctive viewpoint on these psychologically complex killers. First Blood delves into the precise time these criminals made their first move, examines their motivations, and uncovers the pivotal moments in their life that led them down these horrible roads. These criminals include Richard Ramirez, Ed Kemper, Robert Hansen, Aileen Wuornos, and more.

The lives and deeds of an American serial killer are examined in First Blood. First Blood Episode 6 will air on July 30 On A&E

The infamous serial killer Ed Kemper, also known as the Co-Ed Killer, is the subject of the latest episode of A&E’s new true crime programme First Blood. During the early 1970s, Kemper allegedly killed a number of female college students in and around California. He also murdered her buddy and his mother. According to Rotten Tomatoes, a brief summary of the episode titled Ed Kemper: The Co-ed killer says as follows:

First Blood Eps 6 Synopsis: Ed Kemper: The Co-ed Killer – Ed Kemper dreams as a child of murdering members of his own family before growing up to become an intelligent, boastful killer who picks up and dismembers hitchhiking college students in the early 1970s.

Before Saturday’s First Blood episode, read on to get more information about Ed Kemper’s life and crimes.

Edmund Emil Kemper Jr. and Clarnell Elizabeth Kemper welcomed Ed Kemper into the world in Burbank, California. The two sisters of Kemper. He was allegedly close to his father, and growing up with divorced parents had a significant impact on him. He moved in with his mother after their divorce, with whom he struggled to get along. Clarnell, who was also an alcoholic, is accused of abusing him while he was a child.

Kemper killed his paternal grandparents at the age of 15 while they were visiting him at their North Fork, California, home. After a heated disagreement between him and his grandmother, he initially killed her with a weapon his grandfather had given him for hunting. He shot his grandfather, who was coming home from a neighbouring grocery store, after killing her. After being detained, Kemper was admitted to Atascadero State Hospital. According to court psychiatrists, he had paranoid schizophrenia.  Kemper resided with his mom in Aptos, California, after being released on parole in late 1969. He worked a number of odd jobs during this time and experienced financial difficulties. He continued to have a strained connection with his mother, and the two reportedly frequently engaged in heated confrontations.

Kemper killed many hitchhikers, primarily college girls, in California in the early 1970s. He allegedly drove them to remote locations where he shot, strangled, or stabbed them to death. Additionally, he would have sex with their corpses. Kemper killed his mother at her home in the beginning of 1973. Before slicing her throat with a penknife while she slept, he struck her with a claw hammer. Later, he concealed her corpse in a cupboard. Then, after bringing Sally Hallett over for supper, he killed her and concealed her body in a closet.

Sally Hallett was his mother’s best friend. Then, after travelling to Colorado, he called the police from a nearby phone booth and admitted to killing the six college girls as well as his mom and her best friend. He confessed to one of the police that he began to feel that his murders were “a complete waste of time” and that he wasn’t able to emotionally tolerate them any longer. Kemper was given a life term in jail after being convicted guilty of first-degree murder in November 1973. He is said to have asked for the death punishment during the trial.