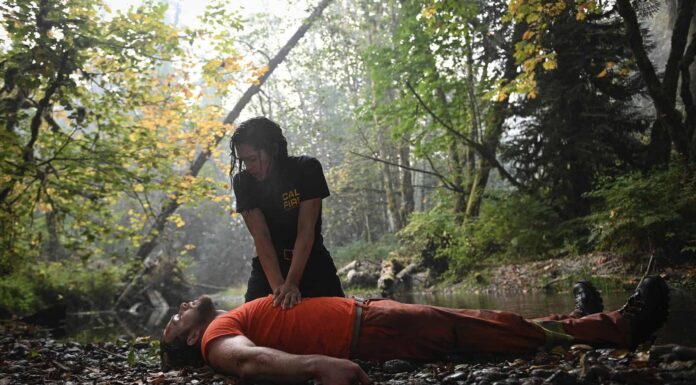 Fire Country Season 1 Episode 9 had a fantastic plot, as well as excellent acting and directing. You may recognize Sarah Wayne Callies from Prison Break, as the film’s director. In this episode, we find out what happened to Bode. After a fatality, an investigation into the dealings between Little Rock and Cal Fire is opened. The episode’s strongest character was Jake and he gains some newfound respect. The episode made a small time leap of one week, keeping us in the dark about how everything happened and slowly exposing details.
(tvacute.com) Here is all you need to know about the conclusion of “Fire Country” season 1 episode 9 “No Good Deed”, in case you missed any of the exciting moments.

Bode crossed a bridge. He put himself in harm’s path to rescue a person who was stuck in the automobile that was perched precariously on the edge of a bridge, and as a result, he was the one who went over the side when the car he was in finally gave way. Both Bode and the vehicle went down into the sea. Nobody could see him, and nobody could see the car either. When Gabriella decided to take matters into her own hands, they had planned to call Water Rescue for assistance. She dismounted and removed her gear. She submerged herself and began searching for Bode on her own in the water. Because of what she did, the Edgewater Fire Department decided to conduct an internal inquiry. Erika Snow, a firefighter, was on her way to the scene of the inquiry. And she was investigating everything thoroughly.
Snow was even investigating the reason why Bode had been in the automobile in the first place. Bode disobeyed orders and went to assist someone else, which caused a disruption in the chain of command. Bode was used to operating outside of the traditional command structure. He was well aware that Manny would take no action in response to the situation. Additionally, he moved too quickly for his own father to intervene and stop what he did.
The same thing transpired between Gabriella and her father. She made her escape by leaping off the bridge before anyone could catch her. She desired to get within striking distance of Bode. She did a couple of deep dives, and she discovered him quite quickly. She brought his lifeless body to the beach where it lay there. She began chest compressions and eventually brought Bode back to life.
They were separated from everyone else by several miles. In addition to the cut on his head, Bode also suffered from a broken rib. Despite this, he and Gabriella intended to go a distance of many kilometers in order to find assistance. They had the plan to get someone to phone 911 for them, but they ran into someone who disrupted that plan. Their plan was to encourage someone to call 911 for them. From the bridge, they came across the driver who had hit and fled the scene of the accident. She had managed to escape the dangerous situation. Because she went into the woods and ended up falling down a cliff, it is likely that she forgot that she was wearing heels. She sustained a life-threatening injury. She started yelling for assistance, and that’s when Bode and Gabriella came running over to assist her. They were the ones to find her first. 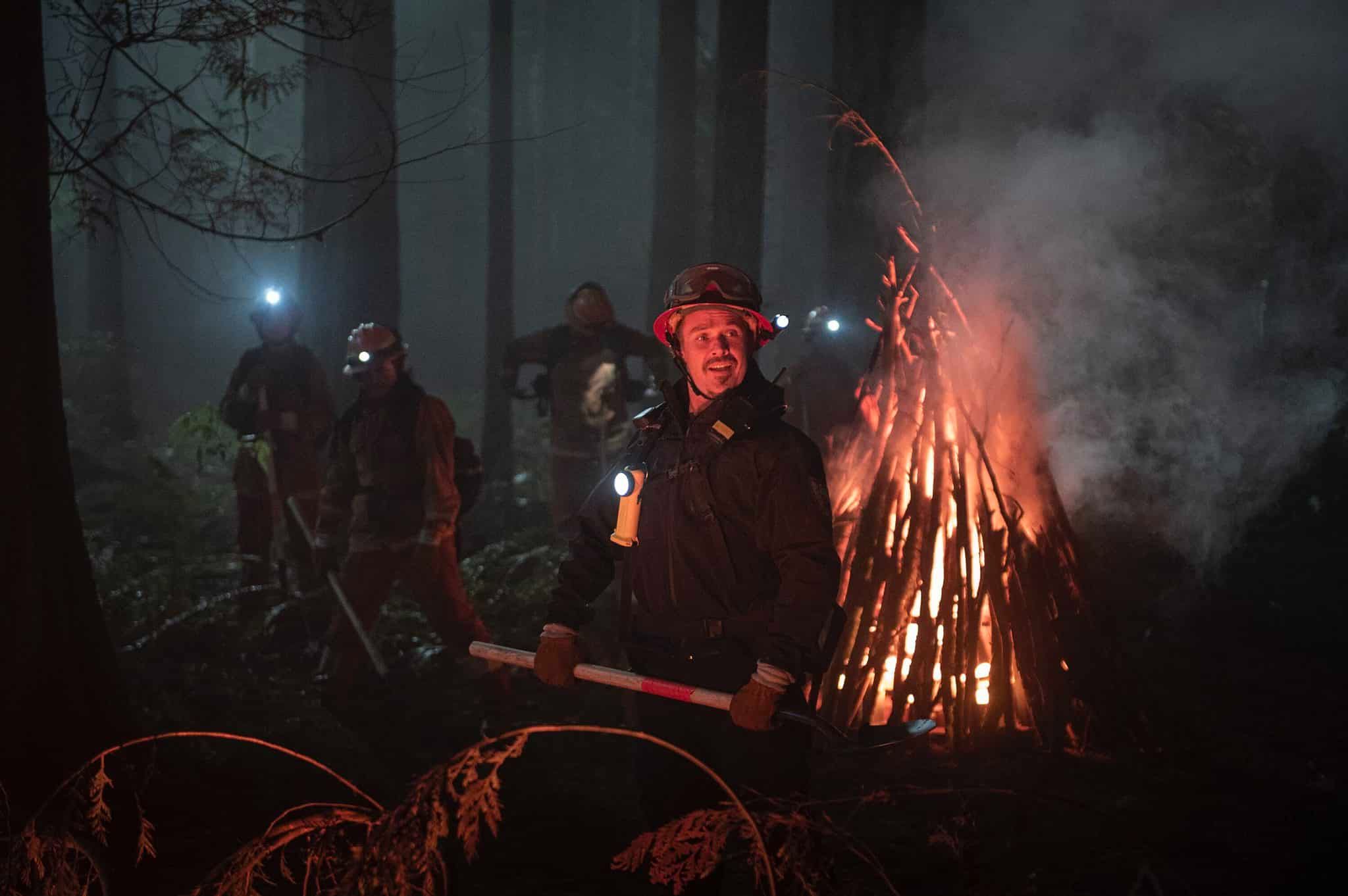 Her name was Meg. She was unable to move on her own accord. She required their assistance in order to get back on her feet, and while Bode and Gabriella were assisting her in this endeavour, the other members of the Fire Department were looking for the two of them. Both Manny and Vince had their own crews scanning the coastline at the same time. They had not located them by the time darkness fell. They were concerned that Bode and Gabriella would succumb to the cold and develop hypothermia. Consequently, Manny thought of an idea. It was suggested by Manny that they begin a fire. Bode and Gabriella might make it to the road with the help of the fire. In addition to that, it would keep them warm all through the night. Vince was concerned that the fire could get out of control. Because he didn’t want to put his people in danger, he told Manny that if he was going to do this, he would have to do it by himself if he was going to do it at all.
Then, Manny started a fire under the impression that he was aiding their children, but in reality, it caused a problem for them. He was unaware of Meg at the time. Meg was holding Gabriella and Bode back from moving faster. They were unable to abandon her, despite the fact that she was sobbing in agony from the pain she was experiencing in her leg. Her leg was swollen and pallid, and it also had a pale appearance. Gabriella could tell that there was something wrong with the limb from what she saw. It was around that time that she recalled her prior training. She recalled that if the leg was punctured, it would relieve the pressure in the area. She looked into Meg’s luggage and found a pointy object within. She made an incision in Meg’s leg. Her plan was successful, and she ended up sparing Meg’s life.
After that, they discovered the fire. The fire served as a guiding light. They went in that direction to find their people, but sadly Gabriella passed out on the way there and couldn’t make it. Bode started to feel concerned for her. Meg advised him to break up with her since she knew he didn’t want to lose her. That way, Bode would be able to bring Gabriella to safety. Meg did not feel resentment against Bode’s departure because she believed that she had brought death upon herself and that she deserved it. Bode had vowed that he would return for Meg. Meg sped away from the scene since she was unable to come up with the money for auto insurance. Because she was afraid of being responsible for someone’s death, she fled. And when she got injured while hiking in the woods, she attributed it to karma.  Meg ultimately succumbed to her injuries and passed away before she could be located. Her parents are placing the blame on Bode due to the fact that he was a criminal and a firefighter. They are convinced that he must be to blame for Meg’s passing away. Simply put, they were upset that he had chosen to save Gabriella rather than them. Snow was advising Bode to accept the responsibility for what had occurred and be returned to prison for his actions.