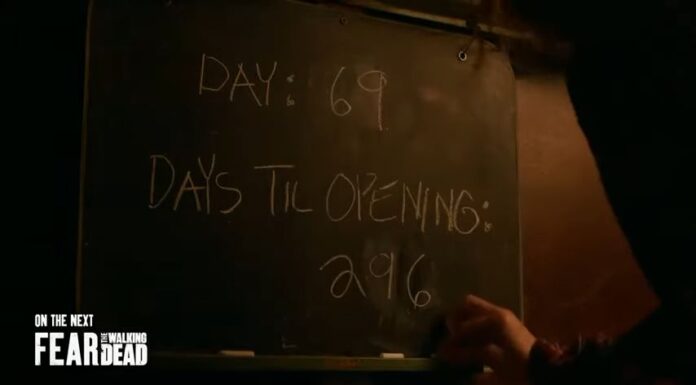 The second episode of Fear the Walking Dead Season 7 was a fascinating insight into Grace as she navigates this new world while carrying the guilt of what happened to Athena. From the start, there were red flags with B and Fred. Why would they try to kidnap two people’s children and claim them as their own? The survivors’ mental health has been tested by the apocalypse, and the nuclear detonation has pushed them over the edge. In this storey, Morgan, and Grace both have hero moments. What is going to happen next? We’ll have to delve a little deeper to find out. From the release date to the summary, (www.tvacute.com) here’s everything you need to know about Fear the Walking Dead Season 7 Episode 3. It’s time to descend to the eerie bunker where June and John Dorie Sr. sought refuge when the bombs exploded.

June, John Dorie Sr., Teddy, Dakota They managed to flee into the drain just before Teddy and Dakota were obliterated. June and John had been living in Teddy’s old bunker for over two months. Living in a little tight room with no sense of day or night would be difficult under any circumstances, but they are making the best of it. They soon find they’re not alone. Someone is after them, and a bunker in the ground can only provide so much safety. Strand plots away. He’s listening to the radio and won’t stop until he’s found everything he’s looking for. One of his main concerns is letting Morgan know who’s in charge now.

Fear the Walking Dead Episode 703 Synopsis: June and Dorie’s routine in Teddy’s fallout shelter is disrupted when they discover the origins of their home and its sinister connections to Teddy’s past.

Fear the Walking Dead season 7 episode 3 is available a week ahead of schedule on AMC Plus in the United States. on Halloween Night (October 31) at 9 p.m. ET, the usual AMC premiere will take place. If you don’t have cable, you can watch AMC on Sling TV, Fubo TV, YouTube TV, and DirecTV Stream. Season 7 of Fear the Walking Dead will air on AMC at 2 a.m. on Monday, November 1st, 2021 in the United Kingdom. BST replay. and is available to catch up on Amazon Prime Video.

Grace is traveling the wastes after discovering that Mo is hungry. She’s having trouble finding anything worth taking and is on the verge of being apprehended by a couple. She yells at the top of her lungs that she wants to be kidnapped. She continues to battle Morgan when she returns to the bunker. He says she can’t be out for more than 6 hours if she goes out looking this time. They both get in their cars and head off in search of something new. Unfortunately, they are apprehended by a man and woman, who kidnap the child. They fight them to reclaim the infant, and Morgan discovers B with a zombie baby and kills it. B informs Morgan that Fred is the father of their child. Grace murders Fred in order to protect their child. Morgan shoots a man who tries to kill them. When Morgan and Grace return to the bunker, Strand’s soldiers stop them and tell Grace to go to the tower. Morgan tries to send Mo when she refused, but they decide to keep the kid. They are pleased with their decision to eat on the deck beneath the kitchen. Emile’s brother is seen eating and staring at his zombie-headed sibling, promising to find Morgan.