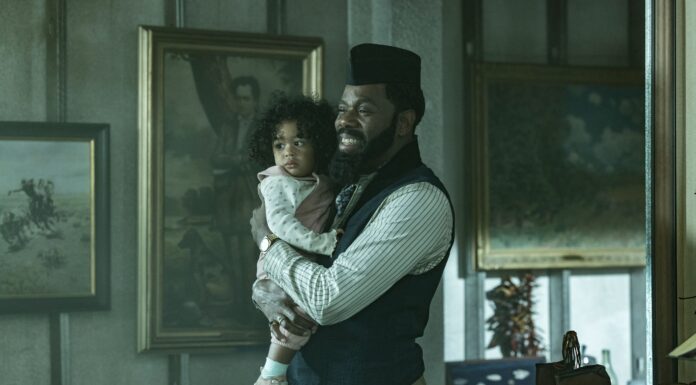 Fear the Walking Dead Season 7 Episode 11 was a step in the right direction. Daniel’s health has been deteriorating for some time, and the title “Ofelia” hinted that this episode will be a deep dive into some of the most interesting personalities. The intricate connection between Daniel and Luciana has been fascinating to watch, but it was clear that he mistook her for his deceased daughter at times.   read the recap below section. What will take place next? To discover out, we’ll have to dig a little deeper. www.tvacute.com has everything you need to know about Fear the Walking Dead Season 7 Episode 12 from the release date to the summary.

Victor Strand will make his first appearance in Season 7B in this episode. Character-driven stories star Alicia, Charlie, and Daniel in the first three episodes of Season 7’s second half. Viewers are eagerly anticipating the start of the Tower War. Fear the Walking Dead Season 7 Episode 12 titled “Sonny Boy,” In this episode, Baby Mo will go missing as John Dorie Sr. tries to prove himself to Strand. To June’s surprise, Dorie Sr. sided with Howard in the episode “Mourning Cloak.” He told her that he needed to be the voice of reason in order to persuade Strand to make changes at the Tower. Strand has become increasingly paranoid since Morgan attempted to poison him, and who can blame him? The promo for this episode suggests that there will be a lot of action, which should excite those who have been craving more action in the second half of the season.

“Fear the Walking Dead Episode 712 Synopsis: When baby Mo goes missing inside the Tower, Dorie Sr. finds himself in a unique position to prove his worth to an increasingly paranoid Strand.

Fear the Walking Dead Season 7 Episode 12 will premiere on AMC on May 8 at 9 p.m. ET. If you don’t have cable, you can watch AMC on Sling TV, Fubo TV, YouTube TV, and DirecTV Stream and is available to catch up on Amazon Prime Video.

Luciana tries to assist Daniel to cope with his worsening health. He goes on a journey to acquire supplies for the fight alongside Wes and Luciana. Arno, on the other hand, intercepts them and transports them to a radiation-free location. Daniel is irritated because he believes Abigail is present. He tries to reach Ofelia but instead murders one of Arno’s men. Luciana tries to reason with him, but Arno is killed by Daniel. Then Luciana tells Daniel that Arno told her that Ofelia was in the tower. Wes is furious, knowing that the truth will break Daniel. Wes warns Luciana that she has gone too far and departs on a mission independent of the Morgan opposition. He appears at the tower and says he can help save it. Luciana and Daniel return to the war with weaponry and a large group of people to assist them. And with that, the team appears to be set for another major battle.