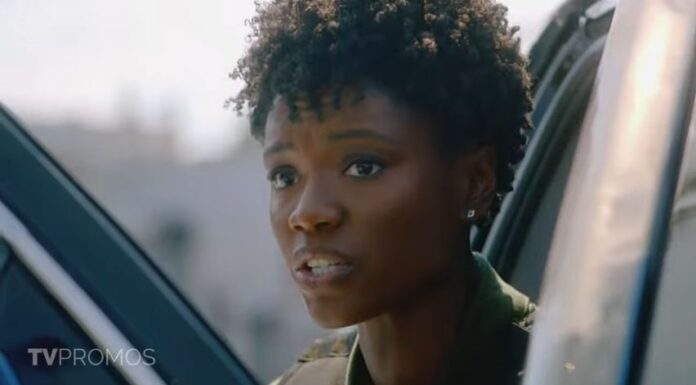 FBI Season 5 Episode 2 will release on CBS on 27 September.  The crew will investigate why an officer and pawnshop owner were shot.

The episode of FBI Season 5 showed OA (played by Zeeko Zaki) operating covertly as a potential buyer of a big bomb. However, when he attempted to complete the sting/close the purchase, the seller’s partner was discovered dead, with the bomb missing.  In other scenes of the premiere, Jubal (Jeremy Sisto) struggled to balance the bomber scenario with his son Tyler’s birthday party and his own task to pick up the cake. Although no agent was killed during the hour-long violent first episode. (Read the recap below) www.tvacute.com has a spoiler for FBI Season 5 Episode 2 below. As a result, you’ll be able to mentally prepare yourself for the next episode.

FBI season 5 episode 2, will be named “Love Is Blind.” The investigation into the slaying of a police officer and a business owner will take center stage in the second new episode of this season. It has been revealed that an unfortunate police officer would lose his life in this episode while visiting a pawn shop, and the shop’s proprietor will also be killed in the same incident. This heinous murder will, of course, motivate the FBI team to conduct an investigation that is quite comprehensive. During the course of their inquiry, they will discover that a young man who had recently dropped out of an Ivy League school might have had something to do with the murders. Alexander Maggio is credited with writing “Episode 2,” and Jon Cassar is credited with directing it. You can watch the promo of the second episode of the fifth season of FBI here, along with some further information about what’s to come.

FBI  Episode 5×02 Synopsis:– – When an officer is shot dead at a pawn shop along with the store’s owner, the team tries to figure out why a young, recent Ivy League dropout is tied to the crime.

Let’s get on to the subject at hand now, shall we chance to meet Missy Peregrym?

We have no doubt that a good number of attendees would be thrilled to see Missy Peregrym reprise her role as Maggie for this event, but unfortunately, that is not going to be the case for at least the foreseeable future. Because the actress will return from maternity leave at a later point in the season.

Maggie is Returning in FBI Season 5

Since an episode in April of last year, Special Agent Maggie Bell has been recuperating from a nearly fatal sarin gas exposure (while the actress took maternity leave). She might appear to be physically healed when she returns in the middle of the fall, but she will still cope with certain psychological and emotional scars. Will that have an impact on her meeting up with her faithful partner “OA” (Zeeko Zaki), who still feels guilty about what happened?

FBI Season 5 Episode 2 will release on CBS on 27 September, (8:00-9:00 PM, ET/PT). The show will air on CBS and will be streamed live and on-demand on the CBS app as well as on Paramount+. Google Play, YoutubeTV, DirecTV, Vudu, FuboTV, Microsoft Store, iTunes, Xfinity, and Spectrum are among the paid live-streaming and VOD alternatives available.

Jubal assures Tyler (Caleb Reese Paul) that he will attend his birthday celebration. Undercover, OA is seeking to get hold of a huge bomb that broker is offering. OA reluctantly decides to ride with Curt who is broker to retrieve the bomb over the opposition of his crew. Curt finds the device missing and his bomb-building companion is shot to death. Curt mentions Nate as a different prospective buyer who lacked the resources to complete the transaction with OA and Tiffany (Katherine Renee Turner). Jorge Rubio, the suspect, is located by his license plate. But three days earlier, Rubio had sold the vehicle to a Nathan neighbor. Tony, Nathan’s shot housemate, passes away before he can reveal Nathan’s strategy to the squad. Judge Edward Saunders, who will be speaking at a Federalist Society meeting, is Nathan’s target.

Isobel’s superiors are reluctant to take action due to political repercussion fears. While searching, Nina (played by Shantel VanSanten) and OA discover Nathan’s stolen car but no bomb. Nathan robs a different car. Evacuating the premises where the meeting is being conducted has Isobel’s approval. The device in the basement was planted there, according to security footage. The explosive is found by OA and Tiff. Jubal is sent by Isobel to supervise the search. The bomb technician claims that he is pressed for time. 300 individuals are still occupying the space. Tiff is asked to bring up OA’s SUV. The bomb is successfully lifted by OA. After leaving Tiff, he departs in his SUV while carrying the bomb. With just a few seconds left, he flees. The blast damages the building’s windows. Tiff and Scola pursue Nathan after spotting him. Nathan kidnaps a boy and then drives away. He retreats to a storage facility near the docks. While Scola and Tiffany enter through a delivery door, Jubal diverts Nathan’s attention. Long after the party has ended and Tyler has gone to sleep, Jubal shows up.