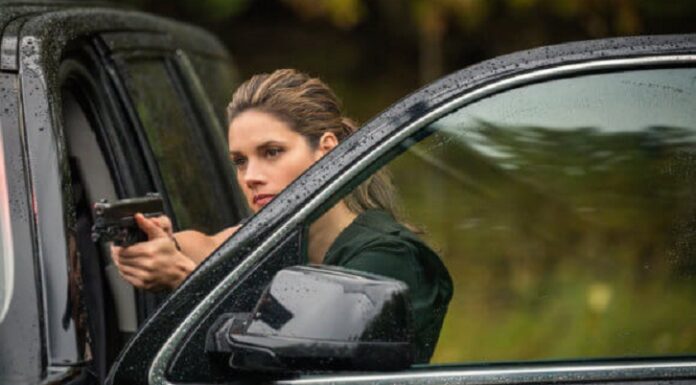 After a long break, the FBI Series is finally back with a brand new episode. Before moving on let’s look at the previous episode, It’s about a serial murderer who targets destitute Black gay males. A coworker’s relative is suspected by the agents. Tiffany (Katherine Renee Turner) has a Baptist preacher relative named Terrence. Check out the recap below for more details. You may see a synopsis and a trailer for FBI Season 4 Episode 5 “Charlotte’s Web”  at www.tvacute.com. So you can prepare for the new episode.

In the new episode, The squad is investigating the abduction of a suburban woman, and Special Agent Omar Adom is under pressure from Mona to change his professional path. This episode will return to a challenging case with far-reaching ramifications, and it appears that this will be tempered by OA having to make some difficult decisions. watch the promo here.

FBI  Episode 405 Synopsis: – After a suburban woman is kidnapped from her home, the team looks into trysts on both sides of a seemingly perfect marriage. Also, OA feels pressure from Mona to make changes in his career path,

FBI Season 4 Episode 5 will release on CBS on November 2, 2021, at 8 p.m. ET.  The show will air on CBS and will be streamed live and on-demand on the CBS app as well as on Paramount+. Google Play, YoutubeTV, DirecTV, Vudu, FuboTV, Microsoft Store, iTunes, Xfinity, and Spectrum are among the paid live-streaming and VOD alternatives available.

It’s about a serial murderer who targets destitute Black gay males. They play pranks to get money for their next meal. A man leaves a bar. He enters a van. The man was a victim. The van driver slits his throat. He does that. The FBI squad finds the body quickly. He was buried in a city park. A photographer tripped over the deceased man’s arm. A cadaver sniffing dog finds six more buried bodies. Agents discover the killer had killed five men in two weeks. A sixth man dies. His body was found in a bin. the agents suspect a coworker’s cousin. Terrence is Tiffany’s Baptist preacher relative. Stuart, Tiffany’s partner. Terrence is a homeless outreach worker. He takes photos and notes. But he denies it all. The FBI finds Terrence’s footage outside a nightclub. The man in question has a shovel. But Terrence denies it.

Is Tiffany’s uncle confronting her after learning about Terrence’s arrest? Tiffany sneaks inside the interrogation room when the other FBI agents leave. She shuts off the cameras and tells Terrence to stop lying. Why isn’t he being honest with her? “A gay bar,” he says. “I preach Baptist.” Do the math.” Terrence claims to be gay. He is unsure. But he fears the church will find out he goes to these clubs. So no one can trace him, he even turns off his phone. Tiffany reviews images of guys who bought the identical shovel used to bury the dead. She recognizes one of the men as a nightclub bouncer. Greg Robinson, the bouncer, bought that shovel. And his GPS showed he was near the graveyard. Stuart has located another victim, but he is still alive. The bouncer approaches Tiffany. He’s armed. As the killer approaches, Tiffany eludes him. Tiffany’s cousin faces repercussions. Said he knew. The last victim would still be alive if he had confessed the truth.