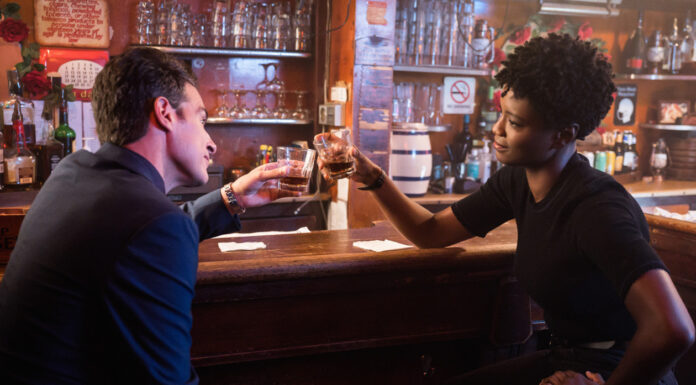 The team investigated Charlotte Kincade’s kidnapping in the previous episode 5 of FBI Season 4. The strange case and secrets revealed the unexpected facts of her marriage. The FBI, on the other hand, was able to locate her and apprehend the abductor. So, in the sixth episode of FBI Season 4 titled “Allegiance”, what will happen next? www.tvacute.com has a summary and trailer for FBI Season 4 Episode 6. As a result, you can get ready for the next episode.

The crew will face a difficult challenge in the sixth episode of FBI Season 4. They’ll look for a serial shooter who has been targeting detectives from the same unit and precinct. The team will also be under constant pressure from the NYPD, which will obstruct their probe. Tifanny will also find herself drawn to her past with the NYPD in FBI Season 4 Episode 6. Her reliance on the NYPD, on the other hand, could influence her actions and her relationship with FBI squad members. An officer is ambushed in the middle of the night in the promo.

FBI  Episode 406 Synopsis:– The team must track down a shooter targeting detectives from the same precinct and unit while facing mounting tension from the NYPD. Also, Tiffany finds that her NYPD roots may be influencing her view of the situation

FBI Season 4 Episode 6 will release on CBS on November 9, 2021, at 8 p.m. ET.  The show will air on CBS and will be streamed live and on-demand on the CBS app as well as on Paramount+. Google Play, YoutubeTV, DirecTV, Vudu, FuboTV, Microsoft Store, iTunes, Xfinity, and Spectrum are among the paid live-streaming and VOD alternatives available.

The odd abduction of mining heiress Charlotte Kincade is the main case in episode 5. When her husband Alex arrives home from a business trip, the house is in shambles. Charlotte is thought to have been kidnapped in exchange for a ransom, but a closer look into Alex’s background reveals some troubling information about the man. Later, the FBI discovers him in a suspicious meeting with Jamie Barker, with whom he has had an affair. Apart from the affair, they haven’t been able to discover any dirt on him. The FBI later discovers a video showing Charlotte fleeing from a man called Grant King, who turns out to be a member of a sex club. Maggie and OA apprehend him and discover Charlotte’s altered identity, “Astrid,” which is based on one of her hunter fantasies.

The fleeing was really a ruse to attract guys who might fulfill her sexual fantasies. Then they’d be whisked away to a hidden apartment, where the remainder of the drama would unfold. They discover that she has a stalker, who turns out to be a killer, thanks to the security footage they obtained. Andrew Fraiser is the stalker’s real name, and he’s also responsible for previous deaths, including Brenda Mason’s abduction. The FBI discovers that the stalker normally woos the ladies, but as soon as they reject him, he kills them. As a result, the team asks Alex if there’s anywhere Charlotte could’ve gone, and he points to the inn where he proposed to her. There, OA finally finds her, as well as the abductor, and persuades him to let her go. OA learns how much he enjoys his job in the final moments of the show.