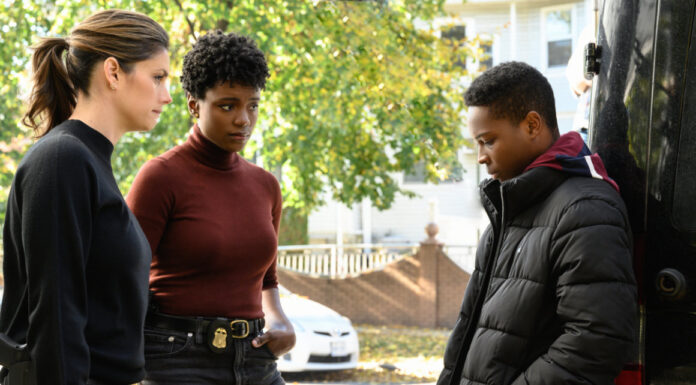 Rina was gravely injured while on her way to work with Jubal in the ninth episode of FBI Season 4 Episode 9. As the investigation progressed, the gang discovered that there was more to the disaster than they had originally suspected. Meanwhile, Vargas was incarcerated, and he set out to completely transform the lives of Maggie and OA. Continue reading about the episode 9 recap by scrolling down the page. What will happen next?  www.tvacute.com has a promo and exclusive photos for FBI Season 4 Episode 10  below. As a result, you’ll be able to mentally prepare yourself for the next episode.

FBI Season 4 Episode 10 will be titled ‘Fostered’ and will focus on a sequence of jewelry store thefts. The worst part is that these events will result in a double murder, so the FBI will have to stay on its toes while investigating unknown criminals. During their investigation, they will meet a 16-year-old boy who may or may not be connected to the case. The little boy would love to choose his own path to a successful future outside of the foster care system.

FBI  Episode 410 Synopsis:–  As the team investigates a string of jewelry store robberies that culminate in a double murder, they uncover a connection to a 16-year-old boy trying to survive the foster care system.

FBI Season 4 Episode 10 will release on CBS on January 4, 2022, at 8 p.m. ET.  The show will air on CBS and will be streamed live and on-demand on the CBS app as well as on Paramount+. Google Play, YoutubeTV, DirecTV, Vudu, FuboTV, Microsoft Store, iTunes, Xfinity, and Spectrum are among the paid live-streaming and VOD alternatives available.

Rina, Jubal’s girlfriend and a Special Agent in Charge, is shot and killed. The assailant is suspected of being an FBI agent. Despite being advised to wait it out, Jubal takes part in the inquiry and uncovers a suspect. He goes by the name Frank Castlewood and is a convicted felon. Jubal realises Castlewood is not the shooter when he is brought in for questioning. He had only recently been hired as a pawn. Despite Isobel’s warnings, Jubal is even more determined to uncover the gunman. He tracks down one of Castlewood’s associates named Logan Winters. As a result, the squad focuses on locating Winters, who has been linked to an untraceable gun. He does, however, manage to flee after a lengthy automobile pursuit with a task team created particularly to apprehend him.

Maggie is hurt during their second effort to apprehend him, but she insists on being a part of the investigation. Jubal bumps across Rina’s ex-husband and discovers that Castlewood was photographing Rina and a number of other agents. Winters, on the other hand, was forced to shoot Maggie after being blackmailed. Because he met Castlewood in a jail, the team begins to check into other inmates who might be connected to the crime. The first name that springs to mind is Vargas. His family was assassinated not long after he was arrested, and now he wants vengeance on the cops who were responsible for his incarceration. As a result, Vargas hired Winters to kill FBI officers. Winters had also constructed the phantom guns, one of which was discovered outside a children’s school. As a result, Jubal requests that Isobel arrange for Vargas’s execution within the prison, but she refuses.