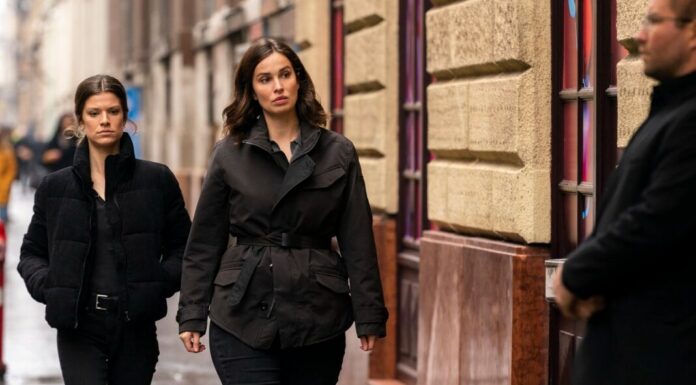 In FBI International Season 2 Episode 10, For a case, the Fly Team is traveling to Lithuania. They should be able to work together to solve it, but they must cope with a new team member. You can find out everything you need to know about the tenth episode of the second season of FBI: International at tvacute.com, including when it will be released, what time it will air, and where you can watch it.

“BHITW” is the title of the new episode.  An American basketball player who was playing for a Lithuanian team at the time of his untimely death is the subject of an investigation by the Fly Team. Zoey McKenna, a new agent who has been assigned by Dandridge (Michael Torpey), will be joining the crew.  In a special appearance, Kelley Missal plays Zoey McKenna, a brand-new agent hired by Dandridge for the Fly Team. Is it really all that shocking that there is something off about her given this information? We are aware of Dandridge’s disliking of Forrester and his dissatisfaction with the team’s performance. Forrester won’t engage in idle speculation. He wants all the information, and he’ll take whatever steps are necessary to keep his crew safe. Read on for the complete summary and the promo of the tenth episode of the second season of FBI: International, which you can find below. It will provide you with some additional information about what’s to come.

FBI: International Episode 210 Synopsis:  When an American basketball player for a Lithuanian team dies under suspicious circumstances, the Fly Team investigates along with Zoey McKenna (Kelley Missal) , the new agent appointed by Dandridge.

FBI: International Season 2 Episode 10 will air on CBS on January 10, 2023, at (9/9c). The show will air on CBS and will be streamed live and on-demand on the CBS app as well as on Paramount+. The first season is available on Amazon Prime Video and Youtube TV.  On the other hand, audiences in Canada may watch new episodes on Global TV every Tuesday.