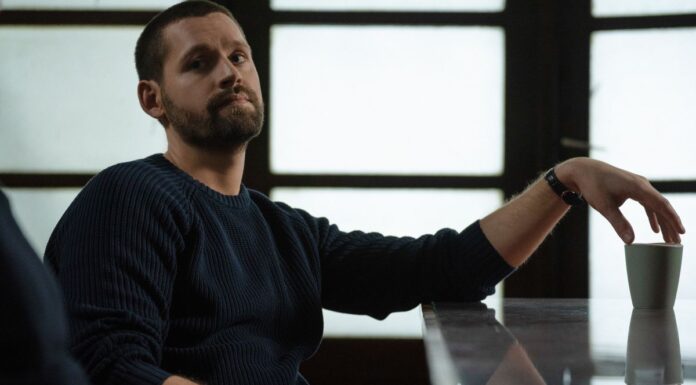 The previous episode of the FBI: International focused on NYPD Detective Mark Douglas. He got into a confrontation with some gangsters and tossed into a car trunk. Douglas was asked by Forrester to put on a performance for the filthy cop. Read the episode 11 recap below of FBI: International Episode 11.  As a result, you’ll be able to mentally prepare yourself for the next episode.  www.tvacute.com has details for FBI: International Season 1 Episode 12 below.

let’s get some bad news out of the way. There won’t be a new episode next week. For the next week, too. The Winter Olympics are set to start later this week. They’ll be there until Sunday, February 20. CBS has already said that all three shows will be back on February 22. the new episode title is “One Point One Million Followers.”

FBI: International Episode 12 Synopsis: When a notorious American tech tycoon becomes involved in a murder in Frankfurt, the Fly Team must chase him down amid the local protesters he’s incited with his conspiracy theories on social media. Also, Jaeger relishes working in her home country, and Forrester must make a decision involving his mother’s past.

NYPD Detective Mark Douglas was found beaten up in Transnistria in an FBI International event. He got into a confrontation with some gangsters and tossed into a car trunk. Out there, it was like the Wild West. There were no FBI contacts in the region. They didn’t have any friends, and the local cops could be bought. Douglas got himself into the wrong town. Special Agent Forrester and his team traveled there to help their fellow American out of his predicament. He cautioned his troops to exercise caution. Everything was to be handled with caution. They flew out to the countryside in the hopes of assisting Douglas.

In Transnistria, Douglas shot a man. Because the man he shot died, he was charged with murder. Douglas was meant to be hunting for terrorists as part of the NYPD’s International Liaison Program when he traveled to the country. Instead, he discovered a human trafficking operation. He discovered this by conducting an undercover inquiry that no one else was aware of. Not even his superiors. Douglas’ cousin happened to be his direct boss. Douglas has been looked after by his cousin since his marriage fell apart when his wife died. When Douglas’ late wife died on 9/11, she was expecting a child. After that, he was never the same, therefore this job was set up for him so that he could finally start again. But then he got himself into some more trouble. Douglas explained that he was at the pub and that his badge had been visible, prompting him to be contacted. People who were looking to traffic girls via JFK approached him, he claimed. Douglas kept emphasizing one particular girl who was set to be relocated. Sabina is her name. He believes he had evidence to support the secret investigation on his laptop, which he kept hidden in his flat.

With his squad, Forrester proceeded to the apartment. They were unable to locate the laptop. Instead, they saw a detective from the local police department, who claimed he had not found anything while searching. Something the team was aware of was a fabrication. They looked into the bar indicated by Douglas and discovered that women were being trafficked there. They also discovered that the woman Douglas appeared to be intent on rescuing was a dead ringer for his late wife. It’s why he became so engrossed. He believes that this is his second chance to save his wife and that nothing will stop him, so the filthy cops involved tried to hasten his sentencing.

Douglas died in captivity as well. He was transported to the hospital and saved, so a crooked detective offered him an offer. They offered to turn a blind eye until Douglas was returned to the United States. Douglas’ relatives insisted that they accept the offer. Instead, they told Douglas that it was up to him whether or not he wanted to stay. He didn’t want to go without first ensuring Sabina’s safety. Douglas was asked by Forrester to put on a performance for the filthy cop. They pretended that he had accepted to be taken back to his homeland and that all they needed to do now was get it cleared with the Americans. The filthy cop was sufficiently frightened by Forrester’s delaying strategy to make direct contact with the person in charge of him.

The individual had no idea that the Germans had left technology behind that allowed the Americans to listen in. Forrester and his crew acquired enough evidence to bring down the corrupt cop, but not before making a deal with a man. They promised him that if he cooperated, he and his entire family would be transported to a safer location. All he needed to do was turn on the bosses. He accepted the invitation and aided in the fight against human trafficking. They were able to capture the man who was making the calls. They told him that if he cooperated, things would turn out better for him, and then they inquired about Sabina. Sabina was not among the women who had been released from the bar.

Sabina, it turns out, was never a victim. She was collaborating with Florian to get information on Douglas, but Douglas was too preoccupied with the fact that she resembled his ex-wife to notice. Sabina was not going to be arrested, but Forrester instructed her to act as if she had been released so Douglas could rest easy. Sabina didn’t do it for the sake of it. She was compensated with a thousand dollars of her own money, so she put on a convincing performance. Douglas, despite his best efforts, fell for it. In the little country, though, Forrester and his team established acquaintances. They know that if they ever return, there will be people to speak with. Forrester also discovered that his mother was following his every move.