Dickinson Season 3 Finale Recap of “This Was a Poet” 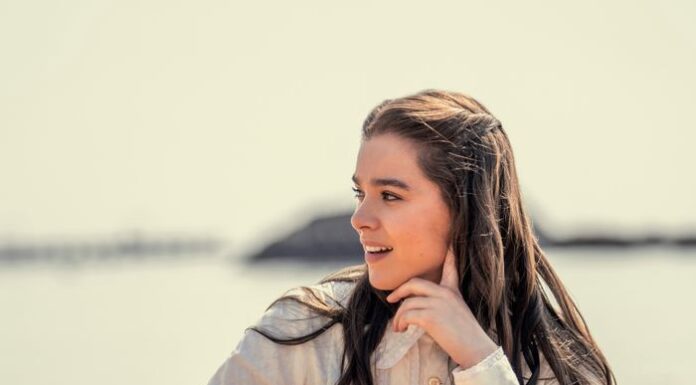 Dickinson premiered in November 2019 on Apple TV+ and ran for three seasons. This evening, the third and final season of Apple TV+‘s comedy series Dickinson came to an end. the series has a total of ten episodes. Now Emily Dickinson (Hailee Steinfeld) and her family were looking forward to the next season. let’s read the recap below.

Emily is in her family’s garden when Death (Wiz Khalifa) comes over. He’s wearing a new suit, and he says that Emily, who is a poet, needs a “new look” to match her work. People who know her think she should write “further and deeper” than ever before. She can only do this by breaking free from the expectations of other people, which are embodied in the corset she’s worn for a long time.

At the same time that Emily is thinking about a new way to dress herself, her brother Austin and his wife Sue come over to the Dickinson house with their four-month-old baby, who has not been named yet. His father, Edward (Toby Huss), has come to make peace with Austin and ask for help in a legal case about Angeline Palmer, a young, free-born Black woman who a local family tried to sell into slavery. Austin wants Edward’s help. While Palmers’ brothers tried to stop this by smuggling her out of town, they were caught and imprisoned. They now need legal help.

When Emily visits a local dressmaker, Betty (Amanda Warren), who is the wife of her family’s hired hand Henry (Chinaza Uche), Edward is convinced to “stand up for what’s right.” Henry is away in the Civil War, and Betty is the wife of Emily’s family hired hand. Emily wants Betty to help her make a new dress that she can write and live in. It’s a simple one with pockets and buttons all the way up the front that she’s not sure has been made before.

As Emily talks about how she wants the dress to look, another person comes over to her family’s house. That person is Colonel Thomas Wentworth Higginson (Gabriel Ebert). The author, abolitionist, and soldier have come to meet “the genius,” who he’s only known from afar through her letters and poems, but now they’re meeting in person. “Emily’s beautiful, important words have helped me through the pain of war.” He says to Emily’s parents: “Somehow, I’ve been on the front lines, but she’s been able to record it.” It’s hard to believe that this woman, who isn’t even close to the battlefield, seems to speak the truth about it. I had to meet her for myself.

Sue thinks that Higginson will play a big role in Emily Dickinson’s literary career, but Emily herself doesn’t give him a second thought. She stays upstairs and works on her work, as always. If the Colonel doesn’t meet Emily this time, his trip to her house wasn’t all for nothing. First, he meets Betty and tells her that Henry is “very much alive.” He gives her a set of letters that he had written to her as a gift. This poignant conversation with Dickinson’s maid, Maggie (Darlene Hunt), is what he then tells her. She talks about how important poets are in times of chaos, like the one we’re in right now in America. People used to say in the old Irish wars, “No matter how bloody the war was, no matter how many people were killed, the poets were always spared.” A lot of people would say: “Don’t kill the poets!” They had to be left alone to tell the story.

Later, Austin and Sue say that they’ve named their child Edward after the former’s father. Austin also says that he wants to stay in Amherst, where he’ll keep working to make the world a better place. Finally, we go back to Emily’s room, where she reads lines from her poem, “This Was a Poet.” She then goes to the ocean in her new white dress, where she meets a group of mermaids who are relaxing on a rock. Take her socks and shoes off, then get in a rowboat and go out to sea. The London band The Big Moon is playing “Your Light” as she does this.