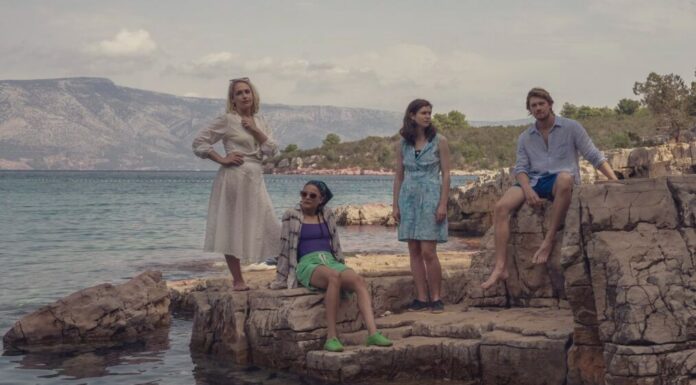 Hulu and BBC Three’s latest partnership with author Sally Rooney for the upcoming series Conversations with Friends on the streaming service. Conversations with Friends, Sally Rooney’s debut novel. on the other hand, is about art, Marxism, and existentialism, with an undertone of smoldering sexuality. Hulu has released several first peek photos below.

The success of their previous project, Normal People, which starred Daisy Edgar-Jones and Paul Mescal and was based on Rooney’s novel of the same name, has led to this new series. Rooney’s other best-selling novel, Conversations with Friends, is brought to life.

The show follows Frances, played by Oliver, a 21-year-old college student who is navigating a series of relationships that drive her to assess and confront her own vulnerabilities for the first time. These celebrities take on the roles of Rooney’s characters from the 2017 novel, as seen in the photographs below.

This adaptation Conversations with Friends, which will be spread out across 12 episodes, is set to launch in Spring 2022, with a specific date yet to be announced.

Alison Oliver, Sasha Lane, Joe Alwyn, and Jemima Kirke to tide fans over until then.

Frances, a young woman still sorting out her life path, tells her story in Conversations with Friends. New acquaintances and old relationships drive her to reevaluate where she wants to go in life. Bobbi (Lane), Frances’ best friend, is a little more extroverted than she is, and their relationship’s fuzzy edges could lead to problems. Melissa (Kirke), an accomplished young professional who encourages Bobbi’s artistic side, becomes a friend of Frances and Bobbi. Melissa introduces Bobbi and Frances to Melissa’s husband, Nick (Alwyn), a well-known actor in their profession.