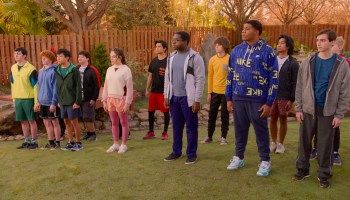 ‘Cobra Kai‘ works because it strikes the right chord of nostalgia, modernity, self-deprecation, fanservice, and pure hilarity Sequel to the four ‘Karate Kid’ films, Netflix (formerly YouTube Red and YouTube Premium) series. The first season takes place 34 years after the first film.  A recap of Cobra Kai season 4, episode 10 “The Rise” starts, the machines in the hospital start whirring, and it’s easy to think that Miguel is attached to them. Neither Raymond nor Terry Silver has been killed. Terry Silver has beaten Raymond to death halfway. A detective is looking into the attack, which is very important. Keep this in mind, because it will be important later on, too.

There’s a good chance that Miguel, on the other hand, will be okay. He just has a torn muscle. He has 30 minutes to rest and figure out if he can keep fighting. Robby beats Demetri in a close match, the girls’ final is set to be Tory and Sam, and Kenny reaches the end of his season-long arc. Robby lost, and he’s been crying backstage. Anthony says sorry to him, which makes him feel better. Kenneth doesn’t like it, so he gets angry, and he beats Anthony up until Robby comes to his rescue. Kenny has been taking the Cobra Kai no mercy thing too seriously, and Robby can see it in his face that he doesn’t like it. Robby, who was supposed to be his teacher, hasn’t done what he was supposed to do for him.

Johnny meets Kreese backstage, and the older man tries to make sense of his questionable coaching from the past, like forcing Johnny to fight dirty against Daniel in the final. He knew that a loss would make Johnny spiral, and he knew that a loss was coming, so he did what he could to protect Johnny. Kreese has shown his love for Johnny in a few ways this season, and we’ll see it again in a few more before we’re done.

That’s all for now. After this conversation, Johnny gets angry at Daniel and Kreese for what they did, so he puts a lot of emotional pressure on Miguel and hopes he will win for the wrong reasons – to spite them, mostly. Miguel has one minute to get back on the mat, and a countdown timer starts up for extra drama. But he just… never shows up. Hawk makes it to the final to face Robby because of this mistake. When Johnny goes backstage, Miguel isn’t there, so you can’t see him. He isn’t far away, though. He is around the corner making amends with Sam, who he tells that he no longer felt like he was fighting for himself. They give each other a kiss as a sign of friendship.

In the All Valley Tournament, Who Wins?

But let’s get back to the game. So Miyagi-Do needs to leave with both male and female champions. Cobra Kai has a lot of points, so they only need to win one match to win the tournament. Robby and Hawk start things off with a well-choreographed fight that is mostly a show of martial skills rather than a payoff to a specific theme or idea. Hawk asks Daniel what to do because Robby knows all of Hawk’s moves. Daniel agrees that because Hawk is more experienced than Robby in Cobra Kai, he should use that. There is a very brief moment when Kenny distracts Robby from taking the win. It’s mostly fair and even, and Hawk comes out on top.

A big fist-pump moment comes after “The Rise” made a big deal about SUDDEN DEATH OVERTIME and the two of them going topless for the last point. After Miguel “fell” at the end of the last episode, it made sense that he would rise. Our expectations are again thrown off here.

When the girls play, all the emotions are in one place. Behind the scenes, Amanda talks to Tory, who is getting help for her mother and other things from someone Amanda recommended. Amanda wants Tory to play by the rules, which seems fair, even if it’s a little scary. On the mats, Daniel talks to Johnny and asks for his help. They both say sorry to each other, even though they thought it was weak to do so all season. They are both named as Sam’s “senseis,” which means that they are both two-time All Valley Championship winners. At this point, I was so moved by all the progress this season had made that I almost applauded when Sam hugged her father and told him that he wanted her to be her, not another version of him. This is just great.

Anyway, the game. Pretty even through the whole thing. Sam goes back and forth between Daniel and Johnny a few times, but their advice is mostly the same as what they said earlier. She needs to embrace everything she has learned and form her own style, guided by her own instincts. Then, of course, the pranks start. As soon as Sam scores a point that looks like a match-winning one, the match goes on. There are two points in each game, and Tory lands an illegal elbow, which she says she didn’t mean to do. Silver tells her to do it again, and he’s sure she won’t be punished for it. Kreese, on the other hand, thinks this is wrong and stands up to Silver. This time, he tells Tory to do what she wants. When Johnny didn’t win, he was mean to him. She does, and she seems to win fairly. She becomes the first woman to win All-Valley karate. Silver is the one who gives the acceptance speech and says that they’ll be opening Cobra Kai franchises all over the valley.

There’s no doubt that Sam is heartbroken. They did everything right, but she still lost. How? Well, Silver is to blame. Terry and the referee are talking when Tory goes back inside the stadium to get her bags. She hears them talking about how Silver paid the ref off, which is why the referee called the play out of bounds. Her entire victory is thrown out of the window at that point.

Toward the end of “The Rise,” there are a lot of scenes that set the emotional and narrative stakes for the next season. Johnny first goes to Cobra Kai, which is no longer used because they’re moving to a new place. Robby, who was following him, explains this. His dad told him to go with him because he was angry about Kenny. He knows he did something wrong. His heart goes out to him, and Johnny tells Robby to blame him. He doesn’t know what else to do. Dad, I’m tired of blaming you. Tanner Buchanan does an amazing job of expressing his emotions in this scene, which ends with the father and son crying and hugging each other in a way both of them need.

Silver and Kreese have a celebratory drink somewhere else, during which the subject of Kreese’s supposed weakness comes up again, as it did before. Silver says that he knows what his weakness is and that it is Johnny Lawrence. This is a way to pay off the conversation they had earlier and the work the season has done in this area. At the same time, blue flashing lights appear on the screen. As it turns out, Silver and Raymond agreed to a deal, so now we know. He would let him become a Cobra Kai if he said that Kreese was the one who beat him. This is how it works: Kreese is taken away in cuffs and Silver takes over Cobra Kai. As a villain this season, he has been very good. This is his chance to really show off.

When Johnny finally gets home, Miguel has written a note for Carmen to tell her that he went to Mexico to try and find his biological father. Carmen reads the note. Assumedly, all of this season’s parental mischief has left him in need of some real answers. In fact, as Carmen says to Johnny, Miguel has no idea his father even knows he’s there. He’s also said to be a bad person. However, Johnny is still going to look for Miguel.

There’s still Daniel. His last scene of the season is at Mr. Miyagi’s grave, and he tells the headstone that, even though he made a deal, he won’t be giving up being a sensei, even though he will. None of Miyagi-doors Do’s will be closed by him. Once in a while, he’ll be taking Cobra Kai down for good. He has a friend to help him. 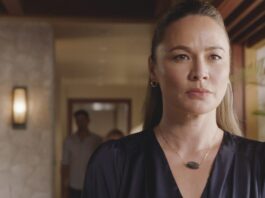 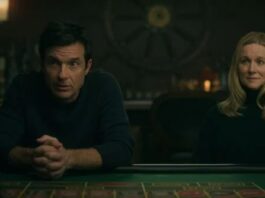 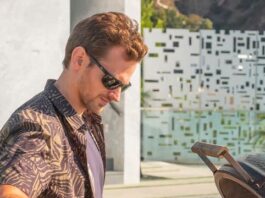 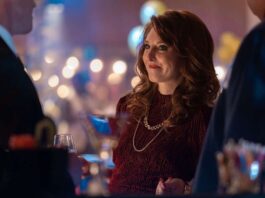 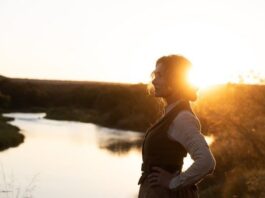 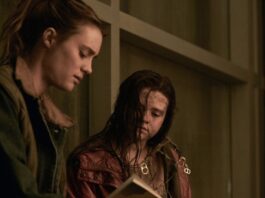