Get Ready for Tonight! Chicago PD Season 9 Episode 3 – “The One Next to Me” 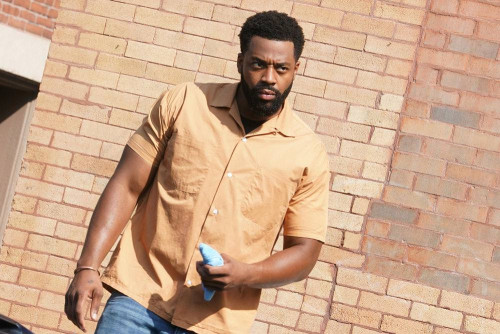 Prepare for a massive Jay Halstead story when you watch Chicago PD season 9 episode 3 tonight. After focusing mostly on Burgess in the first two hours of the season, the third episode will focus on Halstead (Jesse Lee Soffer) that will delve into his military experience. As a result, you’re eager to discover more about the story. With www.tvacute.com, you can see the Chicago PD Season 9 Episode 3 named “The One Next to Me” summary, and promo, which will help you better understand the episode. We’ve heard a lot of stories about Halstead, what he went through in the service throughout the years. We know he has PTSD, and we also know it will be difficult for him to fully recover from his ordeal. A familiar person from Halstead’s past appears in the promo for the episode, and his appearance appears to rapidly stir up some nasty truths. it seems that Halstead’s former military colleague’s presence will bring up some skeletons from his past.

Tonight’s episode titled “The One Next to Me” will focus heavily on Halstead when an old Army buddy shows up in town. While receiving a visit from a former Army comrade is a pleasant surprise, the aftermath from his presence sets in motion a chain of events that begins when Halstead’s friend is accused of a crime.

Chicago PD Episode 903 Synopsis: Halstead’s past resurfaces when a former Army colleague is implicated in a deadly blast. As the FBI launches an investigation into Roy’s disappearance, Upton feels the pressure of the secret she and Voight are sharing.

Chicago PD Season 9 Episode 1 will air on Wednesday, October 6, 2021, at 10 p.m. EST On NBC. If you prefer live television, the episode will be available on Peacock TV, YouTube TV, Sling TV, Hulu+, and Fubo TV. The episode will also be available on Google Play Movies & TV, Vudu, and Amazon Prime Video on demand.

Officer Kim Burgess is dealing with deep-seated trauma stemming from a recent kidnapping episode that refuses to leave her mind. As a result, her recovery has been a difficult process that has revealed her anxieties. Kim, on the other hand, has been supporting her comrades with their assignments, such as the parole officer who murdered one of their criminal informants. Before making a firm decision, Voight believes Kim should at least attempt returning to the field more actively, but Ruzek advises her to look for a desk job. Kim adores Ruzek, despite the fact that there’s a good probability she won’t listen to him. They haven’t given their relationship a name yet, but they are willing to raise Makayla together. While Ruzek and Kim are trying to figure out what home means to them, it’s no surprise that the emotionally wounded Kim Burgess’ image of home is Ruzek and Makayla.