Are You ready for Chicago PD Season 9 Episode 20 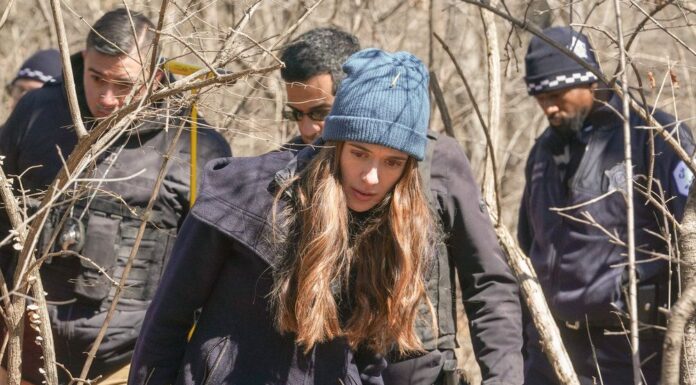 Chicago PD Season 9 Episode 20 will air on Wednesday, May 11, 2022, at 10 p.m. EST On NBC.  What happened to Makayla? Burgess and Ruzek worry about Makayla’s mental health.

The focus of Chicago P.D. Season 9 Episode 19 switched back to Kevin Atwater. This episode gave Atwater’s relationship with Celeste, while the Intelligence Unit faced a perplexing and challenging case. Continue reading the recap below.  Fans are eagerly awaiting the next episode. What are your expectations for Chicago PD season 9 episode 20?  On www.tvacute.com, we have discussed it.

Tonight’s episode is called “Memory.” It follows Voight (Jason Beghe) and his team as they investigate a chilling cold case that spans back years. While delving into the past is fascinating in and of itself, the case will also re-open old scars for Burgess (Marina Squerciati) and Ruzek ( Patrick John Flueger). particularly in relation to their daughter, Makayla (Ramona Edith Williams). They are concerned about Makayla’s mental healing as a result of the case.

Chicago PD Episode 9.20 Synopsis: Voight and the team delve into a cold case in search of clues to solve a shocking new crime; with its focus on buried memories, the case sparks concern for Burgess and Ruzek about Makayla’s mental healing.

Chicago PD Season 9 Episode 20 will air on Wednesday, May 11, 2022, at 10 p.m. EST On NBC. It airs every Wednesday at 10 p.m. ET on Citytv in Canada, and it is broadcast on Sky in the United Kingdom. If you prefer live television, the episode will be available on Peacock TV, YouTube TV, Sling TV, Hulu+, and Fubo TV. The episode will also be available on Google Play Movies & TV, Vudu, and Amazon Prime Video on demand.

At a bar, Atwater is drinking. He accepts the bartender’s offer to walk her home. When she asks Atwater to come upstairs, he declines. The bartender dismisses it, claiming that she can tell whether a man is “still hooked up on someone else. Atwater dials Celeste’s number and leaves his “monthly” phone message. Atwater is having problems going forward because she hasn’t been returning his calls. On his way home, Atwater comes across a home invasion situation, with police officers already attempting to enter. He enters the house and discovers one man dead in the garage attic, as well as a terrified woman hiding in the attic with a gunshot wound.

Later, Atwater pays a visit to the woman, Raquel (Molly Burnett), in the hospital to learn more about the attack. Raquel notifies Atwater at the hospital that the offenders were two masked males. The Intelligence Unit learns about another heist committed by two convicts shortly after. The crew discovers that the victims are both members of the same exclusive club, prompting them to interview Joey, a bartender. The bartender, on the other hand, has a strong alibi. As the Chicago P.D. episode unfolds, Atwater and Halstead (Jesse Lee Soffer) learn of another robbery in progress. One suspect is able to flee the scene, while the other is killed. All of the victims had recently utilized Raquel’s interior design firm, Halstead discovers later. Raquel is picked up from the airport by Burgess (Marina Squerciati) and brought in for questioning by Burgess and Atwater. Raquel has multiple aliases, according to Atwater, and she knows the man behind all of these burglaries, Sam Olin. The squad suspects Raquel of planning a hit on her husband in order to get his money. Atwater assists Raquel in clearing her name while confronting his own falsehoods.

Ruzek and Atwater track down Axel, the man who fabricates Raquel’s bogus identification. Sam has been pursuing and harassing Raquel since she was 15 years old, according to Axel. Raquel agrees to assist Voight’s crew in setting up Sam, but she becomes nervous at the last minute. Atwater, fortunately, is able to apprehend Sam. When Sam claims Raquel is the mastermind behind the burglaries, things get even more complex. Atwater wants to trust Raquel and asks if she has any evidence of Sam’s abuse. Raquel recalls that she has all of her old phones, which include 16 years of threatening messages from Sam. Atwater is able to locate the phones and imprison Sam. He bids Raquel farewell, as she prepares to relocate and begin a new life. She accepts responsibility for lying to all of her pals, despite having a good cause for doing so. This appears to give Atwater food for thought. Atwater sends Celeste a final voicemail at the end of the episode of Chicago P.D. He expresses regret and promises not to call her again.