Get ready for Tonight! Chicago Med Season 7 Episode 7 “A Square Peg in a Round Hole” 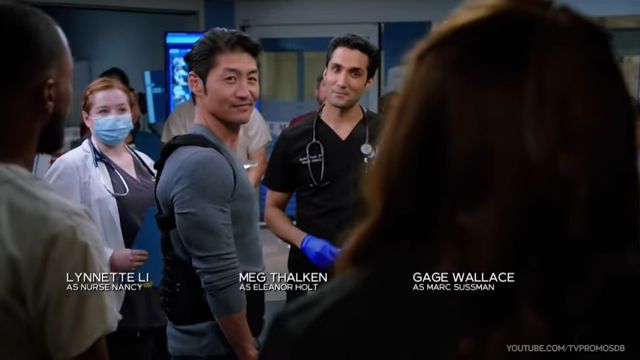 After her mother was admitted as a patient, Stevie (Kristen Hager) had a lot of drama with the new doc at Chicago Med Season 6. In another scene, Dylan (Guy Lockard) nearly missed the patient’s condition because of his history with the patient’s father, whom he had jailed while on the force. After Pamela (Sarah Rafferty) inquired about the patient’s organ donation status, Crockett (Dominic Rains) found himself at odds with Dean (Steven Weber). What’s next for the doctors and nurses at Chicago Med? The latest advertising materials for Chicago Med season 7 episode 7 titled “A Square Peg in a Round Hole” are available at www.tvacute.com, including the promo and synopsis.

In the forthcoming episode “A Square Peg in a Round Hole,” This newcomer will surely alter the hospital’s atmosphere. Dr. Marcel will also aid Blake in a patient’s liver transplant. Pamela will get another helping hand from Crockett. In the forthcoming episode, Halstead will team up with Goodwin to find out the truth about Dr. Copper. Taylor, a first-year resident, is also working hard to earn her keep. Stress and lack of sleep may cause her difficulties shortly. Also, in the next episode, Will will likely try to unearth new evidence against Cooper.

Chicago Med Episode 707 Synopsis:- Marcel helps Blake replace a patient’s liver; Taylor tries to prove herself; Halstead continues to pursue the truth about Cooper; Choi gets closer to returning to life in the ED.

The Chicago Med Season 7 Episode 7 will release on  November 3, 2021, which airs every Wednesday from 08:00 PM – 09:00 PM on NBC.  You can also stream this episode on NBC’s website, CityTV, Hulu, Peacock TV, and YouTube TV. If you want to watch the previous seasons of the show, you can buy it on Amazon Prime Video.

The episode opened with Dr. Will and Sharon informing Eleanor that she is improving just as Dr. Cooper arrived to check her VasCom readings. Will admits to Sharon that he is still unsure about the VasCom. Stevie, on the other hand, travels to see her mother, Terri, who lives in a van. Terri passes out when Stevie notices a gash on her hand that has become infected. Terri is brought to the hospital by Stevie, but she refuses to agree to the treatment plan that Stevie suggests. Stevie eventually approaches Dr. Charles and informs him about their past. She also informs him that her mother believes she is mentally incapable of making decisions.

Charles speaks with her mother but does not believe she is unable to make medical decisions for herself. Dr. Scott, on the other hand, is shown attending to a girl who has broken her arm. He remembers her father since he arrested him ten years ago, and he later discovers that her bruises are indicative of child abuse. However, he eventually discovers that the girl’s clumsiness is due to sickness, not child abuse. Dr. Cooper, on the other hand, interferes with Will’s patient again, but this time he saves the patient’s life. Will’s other patient, Eleanor, dies, leading Sharon and Will to suspect that Dr. Cooper’s use of VasCom on her was the cause of her death. Meanwhile, Stevie has her mother’s van hauled away so that she can take her in. Dr. Marcel, on the other hand, decides to go ahead with his plan to pursue transplant surgery, despite having previously expressed reservations.