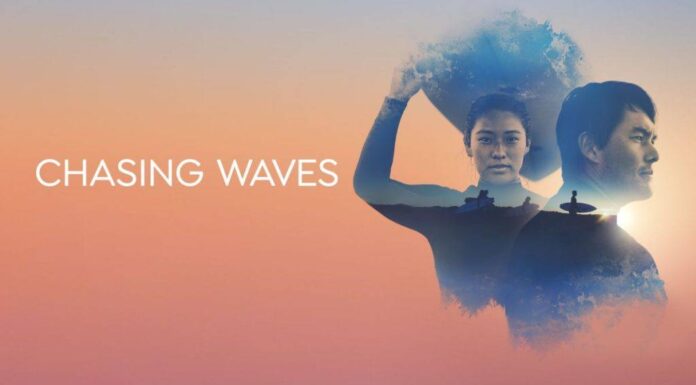 With the introduction of a brand-new documentary series called “Chasing Waves” on Disney+, the surfing world will be brought into homes everywhere. This eight-part series (all of which are now online) focuses on the individuals and locations that are defining Japan’s influence on the world of surfing. The character-driven show explores what it takes to thrive in the global surf industry while following multicultural athletes as they pursue their goals and presents an enthralling portrait of Japanese culture.  tvacute.com won’t keep you waiting much longer after arousing your curiosity with so much information.

What exactly about “Chasing Waves”?

Following the introduction of surfing at the 2020 Tokyo Olympics, “Chasing Waves” examines the various regions, distinctive people, and endless surf along the more than 18,000 miles of coastline that make Japan unique. It also shines a spotlight on the people and places that are defining Japan’s reach in the global surf culture.  The character-driven documentary series follows athletes from various cultural backgrounds as they pursue their dreams. It paints an enthralling picture of Japanese life and demonstrates what it takes to succeed in the global surf industry. The series was shot with cutting-edge 4K cameras and stunning 16mm archival film.

“Chasing Waves” will consist of eight episodes, with the first episode debuting on Disney+ on January 11, 2023. Boardwalk Pictures and Station 10 Media are the companies behind “Chasing Waves,” while Jason Baffa is the film’s director. Executive producers include Christopher G. Cowen and Andrew Fried. The specifics of each episode in this series are as follows:

New “Chasing Waves” episodes will be released on Disney+ when they are ready.
Instead of releasing new episodes weekly, Disney will release the whole “Chasing Waves” documentary series all at once on Wednesday, January 11, 2023.

Where to Watch “Chasing Waves” Online?

The world will only be able to see Disney’s brand-new documentary series on Disney+.  Disney+ is the exclusive streaming platform for content from Disney, Pixar, Marvel, Star Wars, National Geographic, The Simpsons, and many other popular brands. It also contains the general entertainment content brand, Star, in a few overseas countries. More than 150 markets in North America, Europe, Asia/Pacific, Africa, and Latin America already offer Disney+. You must install the Disney+ app on a supported device, such as a Smart TV, mobile phone, Playstation, Xbox, or on a specific streaming device, such as a Roku, Amazon Fire Stick, Apple TV, or Sky Q, in order to view Disney+. Using the Disney+ app or a web browser on a desktop or mobile device, you can register on DisneyPlus.com.

When Will “Chasing Waves” New Episodes Stream On Disney+?

Midnight Eastern Time: 03:00 AM Pacific Time: 0:00 AM, UK: 08:00 AM,  an 19:00 Sydney, Australia The servers may occasionally upgrade, delaying the arrival of episodes by a few minutes. About an hour later, the Disney+ top page typically updates.

To view “Chasing Waves,” you must have a Disney+ subscription; sadly, there isn’t a trial period. However, if you choose to subscribe on a monthly basis, you can cancel at any time up to the end of the series or after one month.

Is “Chasing Waves” Season 1 on Netflix?

It won’t be available on Netflix, HBO Max, Amazon, or Hulu because “Chasing Waves” was produced exclusively for Disney+ by Boardwalk Pictures and Station 10 Media.