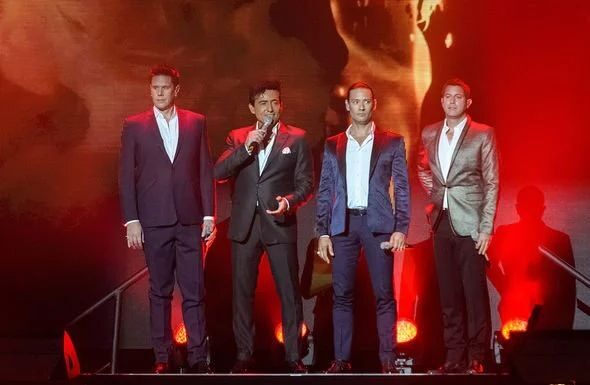 After a sad battle with Covid earlier this month, Carlos Marin was in a coma and died at the age of 53. Carlos was one of Simon Cowell’s group II Divo’s four vocalists. After being admitted to Manchester Royal Hospital, the celebrity died, despite his family’s belief that he may have survived if he had been in Spain.

Alberto Martin, a Madrid-based lawyer, stated: “I spoke with his mother the day he died, and she expressed her belief that he could have survived if he had been in Spain.

“It’s something we’ll have to look at once we get all of the medical records because we believe there was time to control his situation and improve things so he could pull through and preserve his life, which was the most important thing.” “The family is not thrilled with anything because they’re grieving,” Martin said in separate comments reported by Spanish daily El Mundo.

His sister Rosa stated that the actor had contracted the Delta virus, which had damaged his lungs and left him in an induced coma in intensive care.

Geraldine Larrosa, Carlos’ ex-wife, broke her silence three days after her ex-husband died. In front of her Instagram followers, the singer posted a statement about her ex-death husband’s alongside a photo of them on their wedding day.

she expressed herself as follows: “Thank you for bearing with my agonizing silence!

Geraldine Larrosa wore black to the memorial with her nine-year-old daughter Scarlett, whom Carlos was godfather to, and her new partner Sergio Arce, despite their 2009 divorce.

After a public wake in Madrid this afternoon, he will be laid to rest on Tuesday. Marin’s family has advised that people who wish to pay their respects to the singer can do so tomorrow afternoon between 4 and 8 p.m. at a funeral home.

David Miller, Sebastian Izambard, and Urs Buhler of Il Divo are likely to attend the private wake with his family before departing before the arrival of fans.

Rosa, his sister, stated that he will be buried in his favorite Armani suit, which he wore on stage, so that “he can go to Heaven looking the part and singing with the angels.”

Despite his tragic death, Marin’s final effort, a pre-recorded New Year’s Eve performance of “Bohemian Rhapsody” with Larossa for Spanish television, is set to appear.