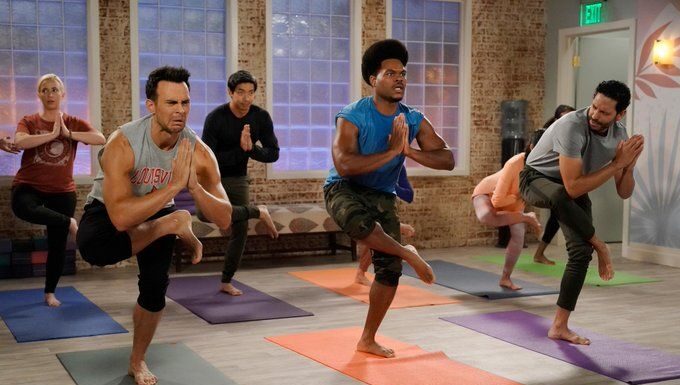 In the previous episode of Call Me Kat Season 2, Phil is chugging a can of whipped cream in the kitchen, Carter and CJ have been looking for it, and he’s just eating it. Kat requests a shot of whipped cream. Then everyone joins in for a shot of whipped cream.  Call Me Kat Season 2 Episode 6 has already piqued the interest of viewers, who can’t wait to see what the series has in store for them next. The following episode, Episode 6, is scheduled to air on what date? To know more about the episode, you can watch its synopsis and promo at tvacute.com.

Call Me Unfaithful is the title of a new episode. In the new episode, Kat (Mayim Bialik) and Randi (Kyla Pratt) suspect Sheila’s (Swoosie Kurtz) boyfriend of cheating.

Call Me Kat Episode 206 Synopsis: When Randi sees Sheila’s boyfriend out with another woman, she and Kat decide to investigate, but can’t decide if they should tell Sheila; Randi looks for a new apartment; Oscar gets Max and Carter to try yoga.

You're in for a treat this THURSDAY!
Tune in to watch an all-new episode of #CallMeKat at 9/8c followed by a new episode of @PivotingFOX. 🐈 pic.twitter.com/wGDiWl4dJp

Call Me Kat Season 2 Episode 6 will air on February 10 at 9/8c on FOX.  Simply tune in to Fox during Call Me Kat’s broadcast time to watch it. You can also watch this program on the Fox website or through the Fox app. Furthermore, the show is available online via DirecTV, YouTube TV, Xfinity Stream, and Hulu + Live TV, among other live streaming sites. Apple iTunes, Google Play, Vudu, the Microsoft Store, and Amazon Prime Video all have episodes available for rent or purchase.

Phil is chugging a can of whipped cream in the kitchen, Carter and CJ have been looking for it, and he’s just eating it. Kat requests a shot of whipped cream. Then everyone joins in for a shot of whipped cream. They ask whether she wants to compete in a singing competition. Now we’re at the bar, where Kat encourages Max to participate in the song competition with him across the bar. Max finally says yes as a result of her persuasion. Meanwhile, at the coffee shop, Phil is expressing his delight at being chosen as the jingle contest’s emcee. Later, Carter and CJ are reminiscing over a cup of coffee as Randi paints the children’s nails. Carter is just a little irritated by it. Kat catches Max off guard as he tries out some lyrics on his piano. And, despite his apprehensions about performing in front of everyone, Kat’s persuasion and cajoling persuade him to do so. Kat then returns to the coffee shop to inform Phil that Max has entered the jingle competition.

Randi’s house, where she is playing PlayStation on the couch while Sheila talks to her about the nail polish on the kids’ nails. Carter and Phil talk about how he’s judgmental about kids wearing nail polish, and it turns out that everyone found out about his feud with Randi about it thanks to a chain of text messages. Following their conversation, Phil tells Carter not to make a big deal about it because it’s the current year. Phil Crumpler, costumed as a cowboy, hosts the jingle contest in the pub. Sheila feels envious of his clothing since it overshadows her beautiful red sequin nightgown. It’s Max’s moment to shine on the stage after some awful jingles by some of the candidates. But Max is having cold feet, so Kat takes his place, only for Max to change his mind at the last minute. With confidence, he starts playing a few notes. He is a good person who does the right thing. And he gets a standing ovation. Carter invites Randi to talk with him and expresses his regret.