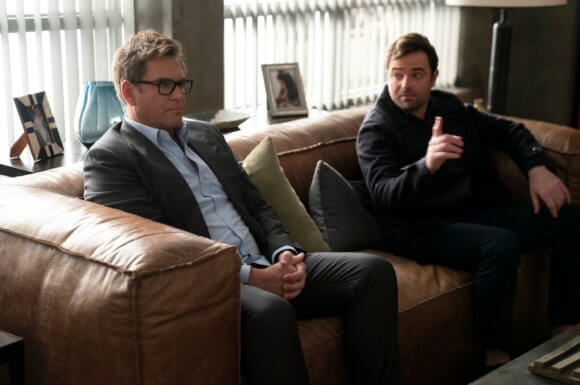 Bull and Marissa went to war on Bull Season 6 Episode 11 when they had to go on opposite sides in the courtroom. With her departure from the company, the rest of the team questioned Marissa’s motives. Elsewhere, Taylor’s professional life worked against her during her custody battle with her ex-husband. To understand more about episode 10, keep reading the recap section. Now fans are excited to see the new season. So, here’s what’s in store for season 6 episode 12 of ‘Bull’! www.tvacute.com’s everything we know so far about the new episode, including the premiere date, and plot.

In the previous episode, we saw Bull’s conflict with Marissa. Luckily, they mended things. Now, Marissa will return to the firm as a partner. Meanwhile, a case involving some influential personalities will push Bull in the next episode. “Caliban” is the title of returning episode 12. In this episode, we will meet  Bull brother Jacob played by Patrick Mulvey. When Jacob Bull , Bull’s estranged brother of 13 years, unexpectedly arrives in New York, the TAC team gets a rare insight into Bull’s personal life. Additionally, TAC represents a financial investor who has been charged by the FBI with running a Ponzi scheme with his father in order to swindle their clients of millions of dollars.

Bull Season 6 Episode 12 Synopsis: The TAC team gets a rare glimpse into Bull’s personal life when his estranged brother of 13 years, Jacob Bull, unexpectedly arrives; a financial investor is accused by the FBI of running a Ponzi scheme with his father.

Bull Season 6 Episode 12 will release on Thursday, February 24 at 10 pm ET/PT. on CBS.. If you missed the broadcast on television you can watch the show on CBS’ official website. The season premiere will also be available to watch on Paramount+, Fubo TV, YouTube TV, Hulu+Live TV, Xfinity, and DirecTV. On Spectrum, iTunes, Amazon Prime Video, Google Play, and Vudu, you can buy or rent the latest episodes or prior seasons of ‘Bull.’

The previous episode began with a man chaining himself to a building in order to prevent its demolition. He was against it as he did not want his neighborhood to disappear, causing work to halt due to him. He also sued the executives against civil fraud in court to save his building and neighborhood with Marissa and her boss handling the old man’s case while Bull and his firm represented the executives. We also see Taylor caught up in a custody battle against her ex and his former girlfriend, who got back with him. The woman questioned Taylor’s capabilities as a mother as she was very career-oriented and delivered a blow by pointing out that the kids were left under the care of a babysitter most of the time. Taylor loses her composure after the proceedings and confronts her ex. Sadly, the judge overhears the conversation and uses it against her. Meanwhile, Bull and Marissa continue their battle in court the next day. In a turn of events, Marissa calls the unprepared executives on the witness stand and turns the case her way. After a lot of back and forth, Marissa manages to prove the historical significance of the building with the judge ruling in the old man’s favor. On a somber note, Taylor loses the custody battle as Bull and Marissa show up for the hearing. Taylor’s ex-husband gets custody, but Bull goes ahead and has a heartfelt conversation with him. Eventually, Taylor’s husband agrees to share custody with her. Marissa witnessed the whole situation and recognizing that Bull helped Taylor tells him she wants to get back to the firm with him as a partner.