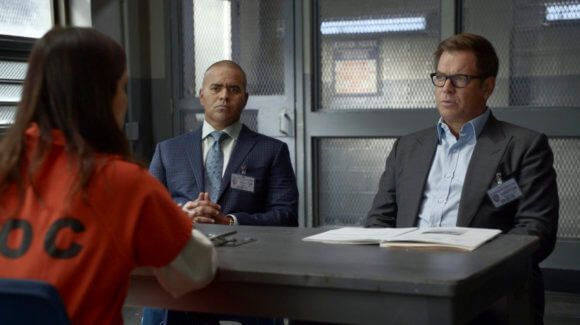 In the previous episode  Bull, attempted to clear his name after being accused of buying off jury member Randall Hughes. At the same time, Taylor was trying to figure out where the money came from, and Miss Powell was determined to follow the rules. To understand more about episode 9, keep reading the recap section. Now fans are excited to see the new season. So, here’s what’s in store for season 6 episode 10 titled “Frontotemporal” of ‘Bull’! www.tvacute.com’s everything we know so far about the new episode, including the premiere date, and plot.

On Bull season 6 episode 10 titled is called “Frontotemporal,” a brain tumor could be the cause of murder which was directed by Carlos Bernard from a script by Andrew Karlsruher.

Bull Episode 610 Synopsis: –  Bull and Chunk aim to prove that their client, a woman on trial for murder, committed the crime due to a lack of behavioral control caused by a brain tumor. Also, Taylor’s professional and personal worlds come crashing down when she’s suspected by the FBI of cybercrimes, and her ex-husband blindsides her regarding their son.

Bull Season 6 Episode 10 will release on Thursday, January 13 at 10 pm ET/PT. on CBS.. If you missed the broadcast on television you can watch the show on CBS’ official website. The season premiere will also be available to watch on Paramount+, Fubo TV, YouTube TV, Hulu+Live TV, Xfinity, and DirecTV. On Spectrum, iTunes, Amazon Prime Video, Google Play, and Vudu, you can buy or rent the latest episodes or prior seasons of ‘Bull.’

Two plain-clothed undercover cops shoot a man they confused for someone else in the first act. Chunk informs Bull of the situation after some time has gone. He’d like to be the spokesman for the man’s mother. They’re en route to meet her. She tells them about Corey and how extraordinary he was. The woman was awarded a settlement by the city, but she has no plans to use it. She also wants to make sure that other mothers don’t lose their boys. When Bull and Chunk leave, Marissa is having lunch with an opposing firm. The owner of the company tries to fill in for her, but Marissa explains to Bull that it’s a job interview. He’s caught off guard. In the office, they squabble. She was hoping to be offered Benny’s office and employment. At that particular moment, Bull’s wife walks in. Benny’s office key is required by her. He told her that she could put it to good use.

Marissa runs out, outraged, and tells Taylor that her computer has been hacked. Taylor is also having a horrible day. Chunk is attempting to establish his case for Corey’s wrongful death in court. Bull approaches Taylor for help, but their system is still down. Chunk tries to make his argument till the fire alarm goes off. The name of the game was bull. He eventually buys Chunk, who then goes back to court to argue that the cops’ facial record software is fraudulent. The judge signs off on the case moving forward. Bull goes back to work in his office. Once again, he and Marissa are at conflict. In this case, he assures her, he will be in control of the board. She crosses paths with his wife. A moan escapes her lips. Bull’s wife tells her how important she is.

Taylor finds down her hacker and offers her $5 million in exchange for her information. After the woman recognizes Taylor’s talent, they become friends. While Chunk is in court, Bull is in command of the board. Officers who shot Corey are interrogated by Chunk. Chunk has the jury on his side until the jury discovers that the white cop’s partner is African American. The mother of Corey leaves the courtroom. Later that night, Bull and his wife discuss Marissa. If Marissa leaves, she leaves him with a lot to consider. Meanwhile, Taylor and her new wing woman set about hacking one of her hacker’s computers. Bull joins Marissa and grants her all of her requests. She initially declines, stating that she requires some time, but she finally agrees. Chunk is contacted by a biometric identification firm. They need to make a choice. In any region of the state, they refuse to sell to the New York City Police Department.

On the other side, Corey’s mother is unable to announce the bargain. She decides against it. They are attempting to silence her, and she will never receive justice for the killing of her son. Bull and Chunk are confident that she is making the greatest choice possible. Corey’s mother testifies, describing how an algorithm incorrectly recognized her son. They lose the lawsuit in the end. Corey’s mother feels relieved that she was able to defend her son. Bull is sceptical about everything being in order. Why would the firm settle if they knew they were going to win? Taylor gathers bank documents and other evidence to prove that the facial recognition software company is lying. The corporation declares bankruptcy over night, and the CEO is arrested. When Marissa calls to deny Lena’s job offer, he sweetens the deal by offering a partnership. She’s on her way to inform Bull what’s going on. Lena is aware of her worth. She says her goodbyes. He is unable to communicate. 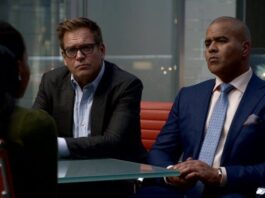 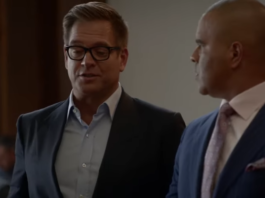 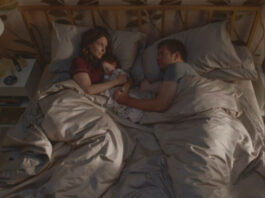 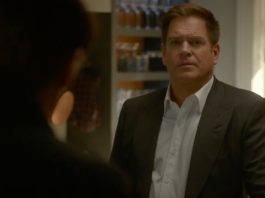 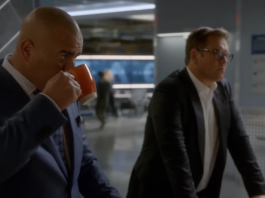 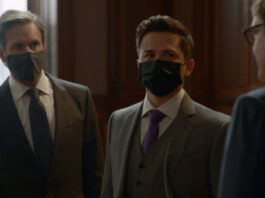