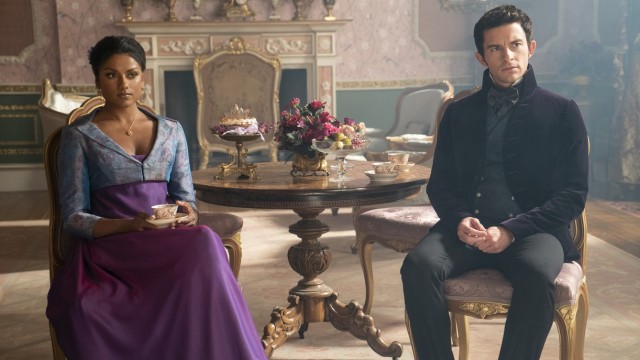 On March 25, The record-smashing series produced by Shonda Rhimes’s second season of Bridgerton was released on Netflix. Season 2 is based on Book 2: The Viscount Who Loved Me (Anthony). The eldest Bridgerton brother Anthony (Jonathan Bailey), a handsome bachelor who begins on a quest to find a bride, meets the Sharma sisters, Kate (played by Simone Ashley) and Edwina  (Charithra Chandran). Kate (her sister’s gatekeeper against possible suitors) tries to stop Edwina from courting Anthony in the second season, considering him to be nothing more than a Rake with a capital “R.” She gets caught up in a verbal spat with the bachelor, which unintentionally pushes them closer together. Let’s get right to the point: is kate dead in season 2?

We saw episode 7 Eloise piques Queen Charlotte’s interest, and she expresses her belief that she is Lady Whistledown. The Bridgerton and Sharma families are attempting to move on from the wedding fiasco. All eyes are on Edwina and Anthony throughout dinner. Eloise pays a visit to Theo as Lord Jack continues to plot. Kate runs into Anthony. They do, however, kiss passionately and have sex this time.

Kate goes horseback riding the next morning, despite her shame. She does, however, tumble off the horse, owing to her overpowering emotion. Kate does not die. Anthony, a knight in shining armor, does not spare any time in bringing her home to doctors’ care. Anthony goes to Kate’s rescue after the accident and brings her back to the mansion. He, on the other hand, blames himself for putting Kate in this life-or-death situation and refuses to return until she is healthy.

Do Anthony and Kate get married to Bridgerton in Season 2?

Kate ultimately awakens, despite Anthony’s belief that he is emotionally incapable of seeing her. Anthony finally pays Kate a visit, and she proposes to her! Kate says no to his proposal. Instead, she plans to return to India, according to her. she shoots him down, but a discussion with Edwina appears to create forgiveness between the sisters and pave the path for the truth. Anthony and Kate dance to a classical version of “Wrecking Ball” at the ball, and all eyes are on them.

As Anthony and Kate turn heads, the queen appears to set Edwina up with her nephew. Anthony and Kate later become an official couple after watching the fireworks. After a sensual session with Kathony, a flashback shows the couple happily married and spending time with his family. After the ideal conclusion to a long and meandering love story.  What to expect Bridgerton Season 3. Let’s find out here.