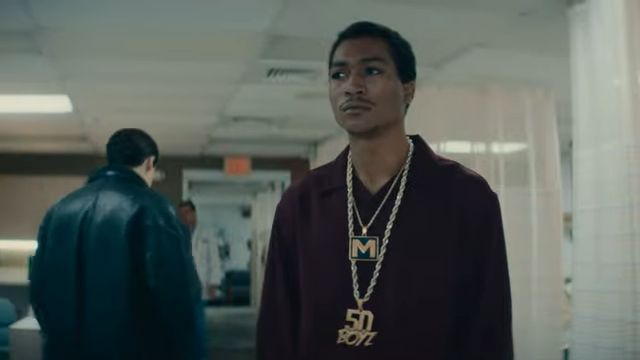 The future kings of the Black Mafia Family have arrived. BMF is a family drama based on the real-life teenage brothers Demetrius and Terry Flannory who rose out of poverty and started one of the largest organized crime families in U.S. history as well as the challenges they faced from other gangs and family feuds. Two Detroit brothers, Demetrious “Big Meech” Flenory (played by his son, Demetrious “Lil Meech” Flenory Jr.) and Terry “Southwest T” Flenory (Da’Vinchi). 50 Cent, who was a part of the extremely famous Power series, is the show’s producer. After watching the premiere episode of BMF, fans of 50 cents are excited to know the next new episode 2. “Rumors” is the title of the second episode of this season. can’t wait to see what happens in this episode. www.tvacute.com brings you a promo of BMF Episode 2. don’t forget to read BMF recap 1 below.

“Season 1 is about Detroit,” showrunner and Detroit native Randy Huggins tells The Daily Beast. “It’s as much about Detroit as it is about the Flenorys. What was happening in Detroit created Meech and Terry, compelled them to go out and do the things they did. I’m a Detroiter so you know i’mma represent it.”

BMF Episode 2 will release on Sunday, October 3 from 9:00-11:00 p.m. ET on Starz.  The drama series Black Mafia Family has an eight-episode. BMF Episode 1 is available for streaming on Starz. also available on HULU

All of the big players are revealed. Meech is resourceful and determined to lift his family out of poverty. He progressed fast from a corner boy to a mid-level gamer, but his ambition is to be a King! Terry (Tee), his younger brother, is regarded as the golden kid by his parents. They had no idea he’s a gun-toting crack dealer in Meech’s squad. He’s a hothead who believes in sticking his ground, unlike his older brother. Meech wants to handle his business like a business. He also sold his crack for $50 each pound. Fiends, on the other hand, find it too pricey and shop elsewhere. When sales are slow, Kato comes up with a creative way to discount the medicine. B-Mickie reminds them that Kato’s concept was a good one, and Terry tweaks it to make the next batch more potent.

Lamar is a ruthless gangster dressed who has recently returned to the neighborhood following a stay in a mental institution. he learns that Meech and his gang have taken over the crack business that he left two years earlier. He’s on a mission to get things back, which puts him in direct conflict with Meech. LaWanda gives birth to a son for her and Terry. However, Terry gets shot in the face while heading out to meet with Meech two days after LaWanda gives birth to their son. Kato gives Lamar information regarding Meech and Terry’s operation. After observing Meech leave Monique’s house, Lamar smashes him with his car.

There are two primary characters in the series. Demetrius and Terry Flenory are their names. Demetrius Flenory Jr. also plays the character of Demetrius Flenory. Terry Flenory’s role is performed by Da’Vinchi. . Russell Hornsby also portrayed Charles Flenory.In addition, Stephen Harris plays the role of Detective Bryant. The cast also includes a slew of talented supporting players. Michole Briana White, who plays Lucille, is one of them. The role of Kato is played by Ajiona Alexus. Lamar is played by Eric Kofi-Abrefa. In addition, AndMyles Truitt plays B-Mickie.