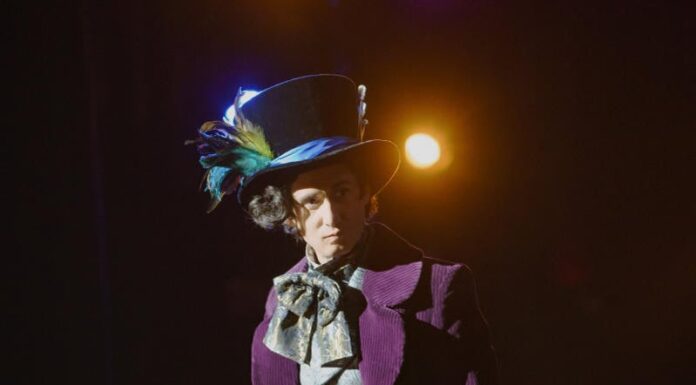 In the second season of Batwoman, Fans loved it for many reasons, but the most notable was the introduction of Javicia Leslie as the titular hero. After Ruby Rose left, Leslie stepped in as the new Scarlet Knight, Ryan Wilder, and donned the cape, cowl, and wig. The season two finale ended on a cliffhanger, revealing that the Penguin’s umbrella, the Mad Hatter’s hat, and other villain treasures from the Batcave are now loose around Gotham, as well as one of Poison Ivy’s vines taking root and spreading. What can fans anticipate from Batwoman Season 3? You may watch the promo and summary for this new Batwoman Season 3 Episode 1 named “The Bullet Blondes” with www.tvacute.com/ below to get a better idea of the episode.

The second season of Batwoman was a devastating meditation on the difficulties in the United States, particularly systematic racism in its various forms. It was a fantastic basis on which to build the third season. “Mad As a Hatter,” the third season-opening episode, will include an “Alice admirer” stealing the Mad Hatter’s hat.

“SEASON PREMIERE Synopsis:- As Batwoman (Javicia Leslie) continues to keep the streets of Gotham safe, Batwing (Camrus Johnson) joins in on the action, but Luke quickly realizes he hasn’t quite mastered his suit. Meanwhile, as Alice (Rachel Skarsten) sits hopelessly imprisoned in Arkham, Sophie (Meagan Tandy) fully enjoys her freedom. When Ryan pays Alice a visit to ask about the bombshell she dropped – that Ryan’s birth mother is still alive – Ryan must decide if she should go down the rabbit hole of her past. As Mary (Nicole Kang) prepares to finally graduate from medical school, she feels the absence of her family more than ever. But when an Alice admirer stumbles upon one of the missing Bat Trophies, Gotham and the Bat Team get mixed up in the madness, culminating in shockingly gruesome graduation…and an equally shocking new partnership. Also starring Robin Givens and Victoria Cartagena. Holly Dale directed the episode written by Caroline Dries.” watch the trailer below.

What New Characters Have Arrived?

Batwoman Season 3 Episode 1 will release on Wednesday, October 13 at 9/8c on The CW . you can purchase it on Amazon Prime Video. Every episode of BATWOMAN will be available to stream on The CW App and CWTV.com the day after broadcast for free and without a subscription, log-in, or authentication required.

What will happen in Batwoman Season 3?

The first shocking revelation in season three will very certainly be Alice’s disclosure that Ryan’s biological mother did not die while giving birth to her and is still alive. As well as wrapping up Kate Kane’s arc and adding to the Kane family’s trauma. Desperate to get rid of Alice, Ryan decided that Arkham Asylum would be the best place for her. The unusual dynamic between the two will be explored in the third season. It will also introduce us to the Arrowverse versions of Poison Ivy, Killer Croc, and possibly Mr. Freeze.

The Mad Hatter retrieved his hat and delivered a chilling speech at Gotham University Medical School in the season three trailer, which also hinted that another classic Batman villain, Killer Croc, would make a surprise blink-and-you’ll-miss-it appearance – before being confirmed to appear in the second episode, Loose Teeth.

Episodes of Batwoman: How long will Season 3?

Because of the coronavirus outbreak, the first and second seasons of Batwoman only had 20 and 18 episodes, respectively, to air. It’s unclear whether filming constraints in Vancouver would allow for a full season — 22 episodes were originally intended for season one – or if season three will be shorter than previous installments.