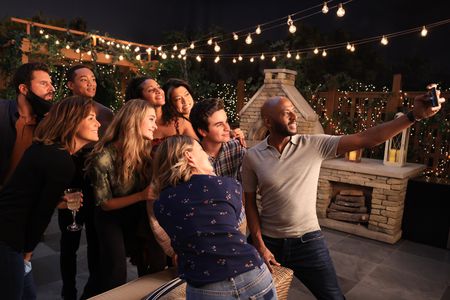 Fans of A Million, rejoice! We’ll be seeing more of your favorite characters in A Million Little Things season 4 today, after seeing the very emotional two-part season 3 conclusion. That means we’ll soon get answers to all of your burning questions, such as whether or not Alan (Terry Chen) and Katherine (Grace Park) will ever be together. when Eddie and Katherine going through a difficult separation. With this, we’re getting closer to locating Eddie’s assailant. On the other hand, Delilah returns from hiatus to suffer an emotional crisis at the end of the season, and Regina decides to close the restaurant due to financial uncertainties in the aftermath of the pandemic. With these changes, fans are eager to learn more about the story of A Million Little Things S04. you can take a glimpse of A Million Little Things Season 4 Episode 1 synopsis, photos, and promo with www.tvacute.com below, which will enable you to understand the episode better.

The drama will move on from the third season’s spectacular ending. In the exciting cliffhanger finale of the third season, Gary (Roday Rodriguez) attempts to teach Peter a lesson. We’ll see if Gary kills Peter. If Gary and Darcy (Floriana Lima) decide to go to Lenox together, the outcome of the incident will be crucial. Regina will have trouble getting back on her feet after the closing of Someday, but her path will be worth following. Theo’s circumstance pulls the separated couple together at the close of the third season, and we’ll see how their custody agreement goes.

A Million Little Things Episode 401 Synopsis: Gary struggles in the aftermath of his encounter with Peter. Meanwhile, Regina and Rome put on a united front following the closure of Someday and the deportation of Tyrell’s mother. Sophie deals with mixed emotions surrounding her mother while Delilah faces a difficult decision. Eddie inches closer to finding out who caused the accident, and Maggie navigates a new career opportunity.

A Million Little Things Season 4 premiere Episode will release on Wednesday, September 22, 2021, at (10:00-11:00 p.m. EDT) on ABC. Following its broadcast debut, the show is available on streaming services like Hulu. The show is available on Apple TV, YouTube TV, and Microsoft TV. Other Options Amazon Prime Video (Not Now), Vudu, iTunes, and Google Play for video-on-demand.

The core cast of A Million Little Things will return for Season 4: