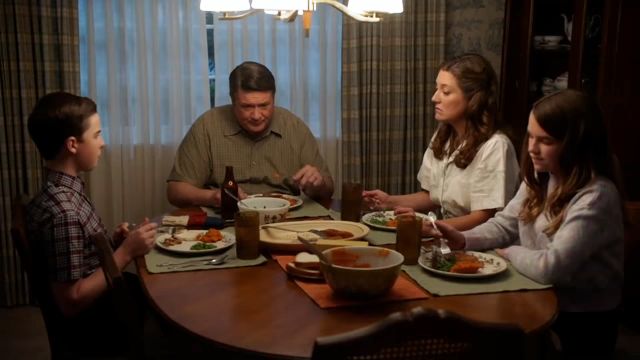 In the previous episode of Young Sheldon Season 5, Mary urges George to help her with domestic duties, unaware of the developing tension between her husband and lonely neighbor. Missy, on the other hand, has the yips after a bad performance at a baseball game. She starts practicing at home, disrupting Sheldon’s tranquility. After witnessing episode 9, fans are looking forward to episode 10 of Young Sheldon’s fifth season. So, what can fans look forward to in the next episodes? You’ve found the best source to acquire the Young Sheldon Season 5 Episode 10 titled “An Expensive Glitch and a Goof-Off Room” synopsis and promo at www.tvacute.com.

To start this post, I want to make it clear that you will have to wait a long time to find out what comes next. The precursor to The Big Bang Theory Young Sheldon will return to CBS with fresh episodes in the new year sooner. By that, we primarily mean that we’ll be seeing a series of episodes early next year, followed by a long sabbatical in February.
We may expect things to be a little different during the next few months. The Coopers will entertain us with their pleasant antics in the tenth episode of the fifth season, titled ‘An Expensive Glitch and a Goof-Off Room.’ Sheldon will almost definitely become engrossed in a new scientific project or a university problem. Missy could be dealing with anything interesting in her personal life. Georgie will be busy navigating his way through life as a member of the working class, with the help of his mother, Mary.

Young Sheldon Episode 510 Synopsis:  Sheldon gets a dorm room all to himself; Meemaw gains an unwanted business partner.

Young Sheldon Season 5 Episode 10 will release on Thursday, January 6 (8:00-8:31 PM, ET/PT) on CBS.  If you missed the television broadcast or are a cord-cutter, you may watch the show on CBS’ official website. In addition, the season premiere will be available on Paramount+, FuboTV, YouTube TV, Xfinity, Hulu+Live TV, and DirecTV. You may watch the show right here if you have an HBO Max membership. ‘Young Sheldon’ episodes and seasons can also be purchased or rented on Spectrum, iTunes, Amazon Prime Video, Google Play, and Vudu.

George assists his neighbor Brenda, who lives alone with her son, in the ninth episode of ‘Young Sheldon’ season 5. Given their previous interactions, this one is bound to cause friction. Mary urges George to help her with domestic duties, unaware of the developing tension between her husband and lonely neighbor. Missy, on the other hand, has the yips after a bad performance at a baseball game. She starts practicing at home, disrupting Sheldon’s tranquility. When he inquires about her whereabouts, she cites the yips. Sheldon, as expected, insists that he won’t understand the concept unless he has firsthand experience with it. During a test, he has trouble answering a simple questions. Dr. Linkletter, who had expected him to come up with additional questions in addition to finishing the paper on time, is forced to steal it from Sheldon. George feels pulled to Brenda, but he diverts his attention before crossing the boundary. He then begins to offer advice to his son in order to assist him in overcoming his yips. George tells Sheldon to quit thinking and simply do it, prompting the young prodigy to seek out his brother Georgie, who is an expert at not thinking. When his advice fails, Sheldon turns on the television, where he is quickly lured in by the soothing image of a man painting on one of the stations. Missy gets over it with the help of unadulterated rage over Dale swinging insults at her during a match, which becomes his cure for the yips.