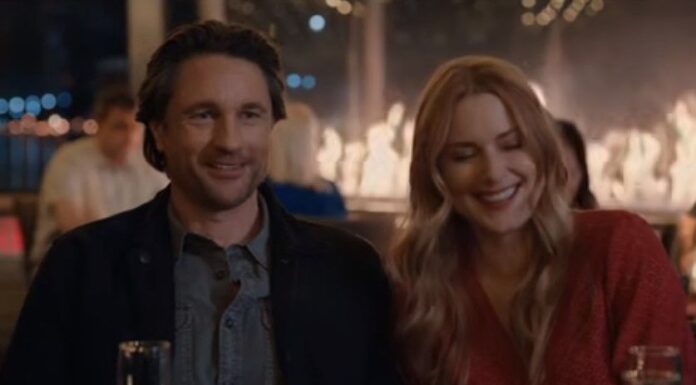 Many important questions were addressed at the conclusion of Virgin River Season 4 , but there were also many unanswered cliffhangers.

These two have been through a lot over the course of the last few seasons of Virgin River, from Jack’s shooting to Mel’s unexpected pregnancy announcement. Therefore, it is a miracle in and of itself that Virgin River season 4 finishes with them in a reasonably good situation—engaged, expecting a child, and not in any serious danger! The season also provided answers to several important concerns, including the father of Mel’s child, the reason for the shooter, and Hope’s adjustment to life after suffering a traumatic brain injury.

However, Virgin River wouldn’t be Virgin River if there weren’t a few cliffhangers to resolve or speculate about in front of season five, which appears to be filming right now, according to Martin Henderson’s Instagram. There may even be more on the way if showrunner Sue Tenney has anything to do with it. She told Us Weekly last year, “I want to do as many seasons as we can.

It’s the ideal opportunity to look back on season four’s rollercoaster trip, which may have just launched the show’s next major conflict, as fans cross their hopes and count down the days until new seasons are confirmed. For an explanation of the key scenes of the Virgin River season four finale, continue reading.

Although Jack has resolved one significant issue, season five suggests that he may be heading in the direction of another. The business partners went out to dinner with Mel, Jo Ellen, and Nick’s sister, Melissa Montgomery, who we later learned was in charge of Calvin’s drug operation two episodes earlier after Nick agreed to invest—threefold!—in Jack’s glamping company. Although we don’t really spend a lot of time with Melissa, we do learn earlier in the season through the yoga studio that she is in charge of what appears to be a sizable family trust. The fact that someone is secretly taking pictures of Melissa, Jack, and the others at the restaurant suggests that someone would have a stake in that money as well. Not to add the ominous music that begins to play as Melissa first emerges. Who she is, she appears to be setting up the major conflict for the upcoming season.

Doc’s grandchild is one of the town’s (many) big mysteries during Virgin River season four. It nearly seemed possible that Denny wasn’t Doc’s descendant at all—and was rather in town for cunning, ulterior motives—given the way he kept rejecting Lizzie’s advances and broke into the clinic’s medication cabinet. However, the Virgin River newcomer disclosed the true, terrible explanation for his perplexing behavior in the season four finale: Due to his Huntington’s condition, he refuses to make plans for the future with Lizzie because, according to him, he doesn’t even have a future.

Denny’s illness is a “fatal hereditary ailment that results in the progressive disintegration of nerve cells in the brain,” according to the Huntington’s Disease Society of America. Young individuals like Denny are less likely to experience it, but it can still occur—in his case, the signs were obvious from the beginning. Denny appeared to have “forgetfulness and impaired judgment” in his early contact with Lizzie, which is one sign. He didn’t recall telling Lizzie, for instance, that theatre was “not really [his] thing,” so he was taken aback when she brought it up to him two episodes later.

Finally, Paige and Christopher are secure.

Paige and Preacher put a stop to Vince’s menacing hold on the family in the Virgin River season 4 finale. Preacher broke up the exchange after Vince insisted that Paige give herself up in exchange for Christopher’s security and defeated Vince before he could kill Paige. There are still many unanswered issues here: Is Vince unconscious or dead? Will Wes’s death be blamed on Paige, Preacher, or both? But for the time being, it’s just important that Paige and Christopher remain secure. (During the pivotal showdown, we also get a flashback that clarifies the specifics of Jack’s shooting; however, we’ll get to that in a moment.)

Despite surviving this close call together, it does seem unlikely that Paige and Preacher will remain together forever, especially considering how strongly Preacher voiced his desire to begin a relationship with Julia. In episode 10, he states, “When Paige left, I realised what I was missing: someone to share my life with.”

It was discovered who shot Jack.

There were rumours regarding who actually killed Jack in season two of Virgin River, and if you guessed Vince, well done. Wes, the violent twin brother of Paige’s abusive ex, went to Jack’s Bar looking for Preacher, but when he discovered Jack there was a struggle, and Vince shot Jack. In addition to providing Jack (and us!) with a lot of closure, the revelation acquits Brady of all charges.

By the very conclusion of Virgin River season 4, the father of Mel’s child was finally revealed to be Jack. All indications were that he was the father of the child. After learning that Mel’s ex-mother-in-law wants custody of her embryos, the couple decides to undergo the test even though Jack initially had no interest in finding out who the father is (“It could impact how I feel about our baby,” he says Mel). Adorably, Jack and Mel got engaged before to learning the paternity, demonstrating that they are truly committed to one another. (As if there was any question!)

The twins Jack has with Charmaine, who make up his other parenthood scenario, are not so real. She summons Jack and Mel to her house because she is experiencing a frightening medical condition, and after they arrive, she claims that she is being punished for lying and that Jack isn’t the father of the children. It’s still unclear who the twins’ father is or what part Todd plays in this because season four ends there (yep, another great cliffhanger from the River). In any case, despite the lie, could this truly be great news for Jack and Mel?