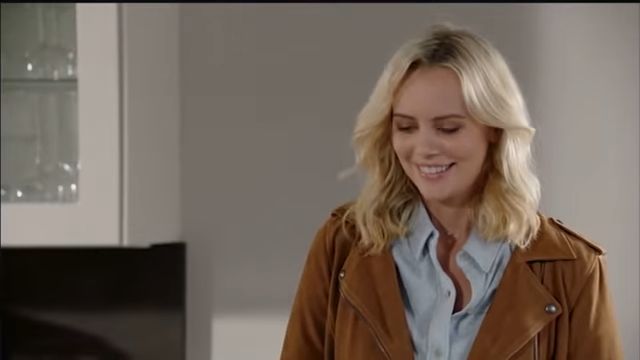 In the winter finale episode 9 of The Rookie, Tim (Eric Winter) found peace with his father, but Nolan’s (Nathan Fillion) ambitions to marry Bailey (Jenna Dewan) were thwarted by the return of her husband. The reappearance of Jason (Steve Kazee, Dewan’s real-life husband) has left the ABC drama on a major cliffhanger, which will be resolved in Episode 10. you’ll be eagerly anticipating The Rookie season 4 episode 10 premiere on ABC. So, when? What’s next? (www.tvacute.com) Here’s all you need to know about ‘The Rookie’ Season 4’s tenth episode, including the trailer and release date.

The show is now on hiatus, with no new episodes set to air until 2022. Furthermore, hints about what will happen in the second half of the season are beginning to emerge. but we’ll have to wait and see what happens next. the episode title is “Heart Break,” Assuming episode 9’s “Breakdown” ends on a cliffhanger, episode 10 will start up where it left off. From there, we should see some significant surprises and some twists and turns. Whatever happens, we hope The Rookie keeps some of its characters in focus. viewers will have to wait a few weeks to see how it all plays out. till then you can watch the promo.

The Rookie Episode 410 Synopsis: Now that John Nolan knows about Bailey’s past, he must decide if they still have a future; when a plane crashes in the middle of the city, the team races to find out why.

The Rookie Season 4 Episode 10 will release on SUNDAY, January 2 at 10 pm ET, on ABC. Episodes can also be viewed the next day on demand and on Hulu. Hard die fans of ‘The Rookie’ can stream the entire season 3:   DirecTV | Sling TV | Fubo TV

How many episodes of Rookie Season 4 are there in total?

TVLine chatted with showrunner Alexi Hawley about the major revelations in the fall finale. While working on Episode 15 of… wait, how many?!, TVLINE ask to showrunner Alexi Hawley, How many episodes are you doing this season? We’re doing 22 this year, a full 22.
TVLINE | What? Nobody does 22 anymore. This isn’t 2018, man.
I know! Look at us. They asked us to do 22, and I asked Nathan [Fillion] if he would be good with it and he said he would, so….

In Sunday’s fall finale of The Rookie, Nolan contemplated ringing in the new year with, well, a ring… Wesley struggled to get away from Elijah’s control… Tim and his sister were treated to a glimpse into their father’s background.

Wesley and Angela may have had the closest thing to a happy-ish holiday. Because, despite the fact that his plot to install a bug in Elijah’s office backfired, an unforeseen act of retaliation by La Fiera’s right-hand lady killed Isaiah’s team and Elijah, the sole survivor, threatened to have his onetime consigliere disbarred for violating attorney/client confidentiality.

Tim (Eric Winter) received some closure in his dealings with his ailing, violent father (guest star James Remar). Tim deduced that Dad had slain the husband of a neighbor with whom he was having an affair years ago after discovering a firearm stashed within the family home’s wall. The fact, however, was that the mistress was the one who shot her husband when he began abusing her, and Tom tried his best to cover it up. Meanwhile, Nyla (Mekia Cox) grudgingly had dirt dug up on Donovan’s ex-call girl fiancee, effectively ending her ex’s engagement and making him a bigger custody foe than before, while Nolan (Nathan Fillion) had his own thoughts of betrothal dashed when a romantic date with Bailey (Jenna Dewan) was shattered by… her ex-con husband (Steve Kazee, Dewan’s real-life husband).