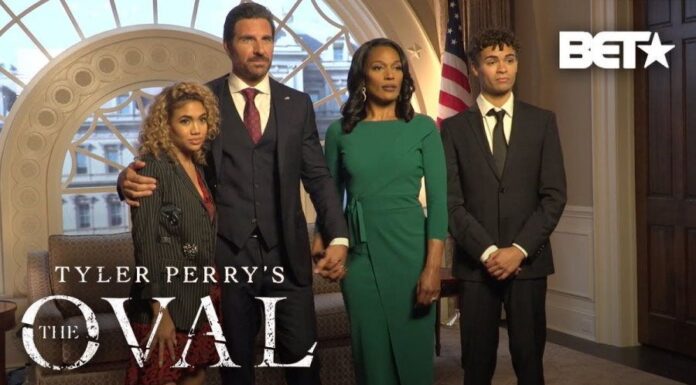 In Episode 11 of The Oval Season 3, Hunter and Victoria used all means necessary to maintain control over Jason, Lilly was on the verge of breaking as she was held captive, and Sam came forward with troubling revelations about the vice president. After watching this episode, now Fans are already anticipating The Oval Season 3 Episode 12, You may see a synopsis and promo of the episode at www.tvacute.com, which will help you better comprehend the show. Tonight, Lilly and Donald exchange some choice words, the VP attempts to expose Hunter, and there is so much more drama brewing on.

Hunter and Victoria’s sins may eventually be brought to light in Season 3 Episode 12 of The Oval. All of them believed they had power. Vice President Eli resolved to face them in private for this reason, but it did not go as planned. As a result, he had to resort to desperate means. Eli isn’t their only foe at this time. He’s collaborating with Bobby and Max, and Lily isn’t quite ready to speak to Donald yet. Priscilla, on the other hand, is aware of how things work and is equally frustrated.

BET’s political drama The Oval Season 3.12: A press briefing called by the vice president places Hunter and Victoria in the hot seat behind recent tragedies that transpired.

Lilly is holding a gun, Victoria is raising a knife to the Second Lady, but the drama doesn't stop there! 😳 #TheOvalOnBET pic.twitter.com/O4f7GCW9kL

The Oval Season 3 Episode 12 titled “The Dutiful Wife” will be released on January 11, 2022, at 9/8c On Bet. Where to Watch The Oval Season 3 Episode 12 Online? The Oval episodes are available for viewing on BET. You can also view the episode via the official BET website if you miss it during airtime. The Oval can also be viewed on Apple TV and YouTube TV. The Oval can be viewed free of charge. To do this, users must log in to their cable operator’s website. These websites include FuboTV and PhiloTV as well as Sling, Xfinity Stream, and DirecTV. You can also rent or buy episodes if you are unable to access the streaming sites for The Oval. You can do this through VUDU, Amazon Prime Video, Google Play, and iTunes as well as the Microsoft Store.

Eli addressed them about the dubious activities they were involved in. When Hunter and Victoria decided to warn Eli about the destruction they could cause, the confrontation backfired on him. As a result, he took a step back. At the same time, however, he was dead set on exposing them. Victoria and Hunter must be similarly prepared. Max and Bobby, on the other hand, are concerned about Lily’s location. Bobby wants Lily to be there as well, while Eli wants them to come and support him. She is valuable, and they require her services. They ask Eli to communicate with Sam, who may be able to assist him until they arrive. Eli follows suit, contacting his wife and inviting her to visit the White House. Despite all of this, Lily is still unwilling to speak out, despite Kyle’s torturing of her. Allan is itching to exact vengeance on the President and First Lady.

The same may be said for Priscillia, who discovered what Sam did to Jean in the previous episode. Furthermore, how a member of his family has been concealing these facts for quite some time. Before she could get to Eli, Eli’s wife crossed paths with Victoria. She confronted her at first, but after learning the truth, she realized she had no idea why she was here. Victoria decided to treat herself to a meal. Sam met Eli in the meantime and reaffirmed the alliance. Sam offered better security as well, but Eli preferred it for his children. In the meantime, Sam confronted Donald about Agent Kyle bringing a girl for President to meet. Despite Donald’s refusal, Max and Bobby went all out to save Lily from Kyle.