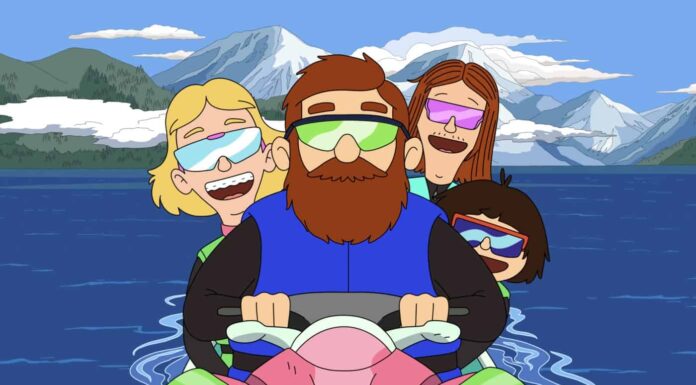 THE GREAT NORTH is a cartoon comedy series that follows the Tobin family’s Alaskan adventures as a single father, BEEF (Nick Offerman), tries to keep his gang of kids close – especially his only daughter, JUDY (Jenny Slate), whose artistic ambitions lead her away from the family fishing boat and into the glamorous world of the local mall. Judy achieves the huge milestone of having her braces removed in Season Two, which begins with a big musical episode. This season also includes special holiday-themed episodes, with Tobin-style celebrations of Halloween, Thanksgiving, and Christmas. BOB’S BURGERS writers and executive producers devised and wrote the sitcom, which has already been renewed and is presently in production for its third season. What is going to happen next new episode 5 called “Beef’s Craig Beef Adventure”? We’ll have to delve a little deeper to find out. (www.tvacute.com) Here’s all you need to know about The Great North Season 2 Episode 5, including the trailer and release date.

THE GREAT NORTH Episode 205 Synopsis  – When Wolf discovers that Beef secretly wants a jet ski, he formulates a plan to get it. Then, Ham bonds with a novelty singing fish toy.

The Great North season 2 Episode 5 will release at 8.30 PM EDT on Sunday, October 24th, 2021 on Fox. Season 2 will consist of 12 episodes, and cord-cutters should expect the season to be accessible on Hulu at some point. iTunes.apple | amazon prime video