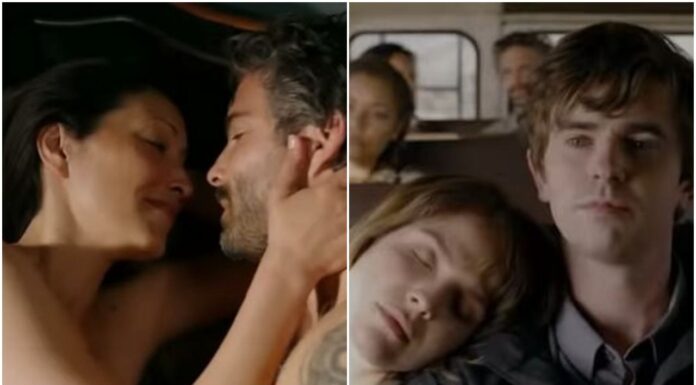 The last episode 19 has been a busy one for the St. Bonaventure team. Even though the team arrived late in Guatemala, they started seeing patients as soon as they arrived. Meanwhile, our Marcus also got a new nickname, “Dr. Toilet Seat”. The penultimate episode “Venga” sets the stage for the season finale. The Good Doctor Season 4 special finale episode 19, titled “Vamos” airs next week. In which, new relationships have started taking shape. Lim and Rendon are becoming one. On the other hand, Lea plans to move to Pennsylvania, away from Shaun (Freddie Highmore). The team will deal with difficult situations due to a lack of resources. Apart from this, it remains to be seen what turn will the story of Morgan and Alex take.

The Good Doctor Season 4 Episode 20 promo has been released, from which we can guess that the season finale is going to be awesome. peep it here

Click here to get the season finale photos and synopsis of The Good Episode 4.20 titled “Vamos that will air on June 7, 2021, on ABC.

The St. Bonaventure team leaves for Guatemala with their luggage. . In addition to Marcus (Hill Harper)’s luggage, he brings his own toilet seat. Now his nickname is “Dr. Toilet Seat.” Shaun surprises everyone by speaking Spanish. The team is busy seeing the patients. On the other hand, Lea brings the young child’s blanket, so she gets emotional seeing a father and a mother with their new baby. She gives him a small pair of baby socks which she takes out of her suitcase. Alex tries to talk to Morgan (Fiona Gubelmann). On the way back to the hotel, Lim is kidnapped. Dr. Rendon also with her . Later discovering a woman is in labor, Audrey helps her, the baby is delivered and both are healthy. Lim and Rendon discuss their busy night and eventually, the two start kissing. Lea and Shaun have a long conversation. Lea says that her parents want her to go home to Pennsylvania for a while,this will help her.

The Good Doctor Season 5 has already been developed. Galvin and Henderson were promoted to series regulars for the next new season.