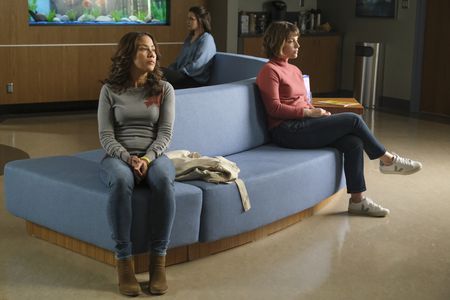 After waiting for three weeks, The Good Doctor came back with a new episode 14 titled “Gender Reveal”.The man, who starts with Alex and Morgan, tells her that having sex with her is like hot yoga. On the other hand, Lea talks to Dr. Shaun Murphy about the result of the DNA test of the fetus, she tells Shaun to come near, she wants them to appear together. This is a girl, Shaun wants his daughter to have everything she wants, but the world is hard for women, he wants to change, but he doesn’t know. Lea tells him that he can do this by becoming a wonderful father to his daughter.

So are you excited for episode 15 titled “Waiting” of The Good Doctor Season 4 which is coming up next week? And this will be a powerful episode. Also interestingly, this episode will feature the guest role Italia Ricci who we have seen in Designed Survivor and Chasing Life. We have to wait for the next week to see how she fits into the story. To know more about this, you can take a look at the promos, photos, and synopsis of this episode.

The Good Doctor Episode 4×15 Synopsis: After a political protest turns violent, the team races to save two young gunshot victims.