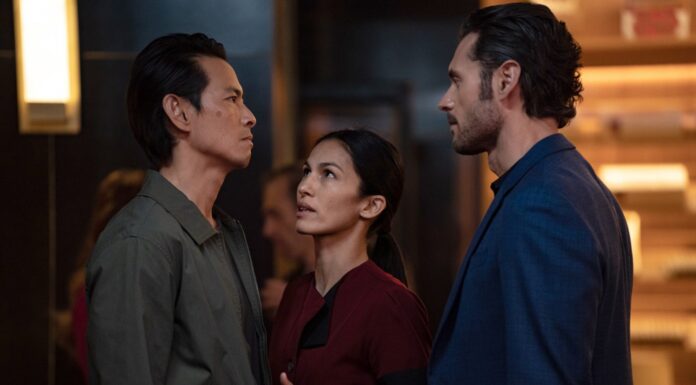 In The Cleaning Lady Season 1 Episode 6, Thony shows how far she can go to save Luca’s life. The two have had chemistry from the very beginning, but there’s nothing better than going from a warm hug to a sultry kiss in Episode 6. The day many Armory fans have been waiting for. All that is covered in episode 6.  whenThony break into Arman’s arms.  This shows how much Thoni trusts Armaan. As soon as he wanted to kiss, Thoni fell behind. Was she aware of her marital status or her duties? When Thoni returned home, Marco was standing in front of him. Looks like, Now Thoni’s love life is about to get worse. Read the short recap below. The Cleaning Lady fans are eagerly anticipating the next new episode. After seeing the last episode, do you want to learn more about Episode 7? Here’s everything you need to know about The Cleaning Lady Episode 7 (www.tvacute.com), including the promo and release date.

The exact title for this new episode 7 of The Cleaning Lady’s season 1 has been “Our Father, Who Art in Vegas.” This is an episode that is going to be packed with drama.  Thony’s marital problems worsen. It turns out that Thony will be dealing with even more intense turmoil in this episode. It will be in the area of her marriage this time. It becomes worse when Marco begins to probe her about how she’s getting Luca the life-saving medications. on the other hand, Arman tries to get away from Hayak’s reign and more.

The Cleaning Lady Episode 7 Synopsis:  Thony’s marital issues are amplified as Marco begins asking tough questions about her methods of getting Luca life-saving treatments. Meanwhile, Arman is determined to make his way out from under Hayak, but Garrett is hell-bent on foiling his plans.

Where can I watch The Cleaning Lady Episode 7?

Cable TV subscribers can watch The Cleaning Lady season 1 episode 7 live on Fox at the aforementioned timeslot. You can watch it online with your valid cable provider login credentials after it airs on TV on Fox’s official website or the Fox Now app. The episodes are also shown on cable-free platforms like YouTube TV, FuboTV, and DirecTV, which don’t have a TV set. Subscribers to Hulu can watch the show soon after it airs on the original network. There are also VOD services like Apple TV, iTunes, and Amazon Prime Video that allow you to buy or rent episodes of TV shows.

Agent Miller and the FBI snuck into Arman’s dinner party and arrested one of their political allies on bribery charges. It was done with the intention of causing shame. With the Feds sniffing around, Arman was impatient and wanted to put a stop to their operations. Hayak asked them to stick to their guns and not modify their minds. Garrett carried out a raid on the casino and apprehended another of Hayak’s guys. Fiona is enraged that she didn’t trust Thony with her double life and seldom speaks to her. Hayak makes a snide remark about the FBI raid.

Thony meets with Garrett and expresses his desire for a Visa. He makes an attempt to make amends for the ICE raid. Thony approaches Arman for assistance from an organ donor. Bosco, the coyote, is met by Arman and Thony. He agrees to assist and instructs Thony to board the van. Families are housed there. Isabel interrogates Arman about the FBI in the hopes that he will tell her the truth. He advised her to inquire of Hayak. Thony was taken to the property by Bosco to see Mother Donna. Mother Donna estimates that the transplant will cost $70,000, but when she learns that Thony is a surgeon, she offers to let her do surgery in exchange for money. She added that these folks donate kidneys in order to be reunited with their relatives after crossing beyond. Thony agrees to remove three kidneys in order to save Luca’s life so that he can receive a liver transplant. Thony was instructed by Arman to inform Garrett about Hayak’s trucks.

Garrett and Renee raced down several of the vehicles, only to discover fruit inside. Arman was the one who got the firearms out. Thony and Dr. Nnamdi share a passion for medicine. Isabel confronts Hawak about the FBI’s interest in their company and threatens to leave. Thony walks out after refusing to operate on a youngster. Garrett believes they’re being duped. At work, Arman notices Thony crying. She informs him that the donor was unsuccessful. Arman embraces her and assures her that everything will work out. In his arms, she sobbed. They start kissing, and she walks out after a few minutes. Marco is waiting for her when she arrives home.