Tekken: Bloodline Season 1: Everything We Know About The Netflix Anime Series 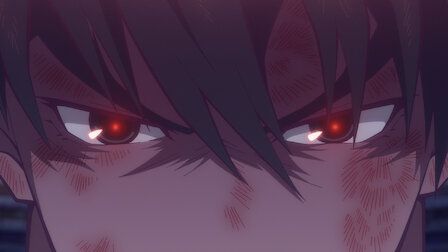 Mishima has appeared in nine main games, eight spin-offs, three live-action films, two animated features, and multiple comics. The iconic family of murderous, selfish corporates and superhuman martial artists debuted in the 1994 Bandai Namco computer game Tekken. Their brutal family history will be the focus of Netflix’s new anime, Tekken: Bloodline. It will once again revolve around their complicated and brutal family history.

Set between Tekken 2 and Tekken 3, viewers will see a dystopian society through the perspective of a child Jin Kazama. After becoming the primary protagonist in Tekken 3, the character appears in every game afterward. The anime will feature a number of fan-favorite characters aside from the Mishimas and a different plot than the Tekken video games. Check out the details we’ve gathered below on all (tvacute.com) currently know about the upcoming Tekken: Bloodline anime series.

When Will Tekken Bloodline Season 1 Be Released?

Tekken: Bloodline season 1 will premiere on August 18, 2022, only on Netflix.

What Is the Story of Tekken: Bloodline?

Tekken: Bloodline is based on the well-praised video game Tekken 3’s plot. In Tekken 3, Ogre kills Jin’s mother. Jin’s mother told him to find his grandfather Heihachi Mishima after the encounter with Ogre, a monster with ties to the Mishima clan. Heihachi decides to train Jin brutally, shattering his beliefs and transforming his body into a weapon. Jin joins in The King of Iron Fist Tournament to bring out the Ogre, who seeks out the toughest combatants. The teaser shows Jin’s rise to power and his ultimate battle with the beast in his actual form in a divided sequence. Tekken: Bloodline’s official plot:

“Power is everything.” Jin Kazama learned the family self-defense arts, Kazama-Style Traditional Martial Arts, from his mother at an early age. Even so, he was powerless when a monstrous evil suddenly appeared, destroying everything dear to him, and changing his life forever. Angry at himself for being unable to stop it, Jin vowed revenge and sought absolute power to exact it. His quest will lead to the ultimate battle on a global stage — The King of Iron Fist Tournament.

Who Is in the Tekken: Bloodline Cast and Crew?

Although the trailer and teaser were made available in English dub, the English version’s voice cast has not yet been made public. The Netflix Japan Anime Twitter account did, however, share the trailer and the voice actors for the Japanese dub. Here is a list of them:

The official Tekken: Bloodline Season 1 trailer is 2 and a half minutes long.  Jin Kazama practices self-defense with his mum, Jun Kazama. In a dream, he recalls his mother’s advice to control his fury. Jin and his mum must confront an unseen thing that storms their home. The Ancient Ogre outclasses them, so Jun tells her son to run. Jin loses consciousness and wakes up to see everything destroyed.

The March teaser for the Netflix series says “blood will be spilled” in the official trailer. Jin attempts to trace his mother’s lessons of pacifism and keeping one’s emotions under control while being bullied. Several fan-favorite characters appear in the teaser and trailer, as does Ogre’s full form.

Will there be a second season of Tekken: Bloodlines?

There hasn’t been any official word on the anime’s second season as of yet. Tekken boasts among of the biggest and most intricate tales in video game history, so there’s plenty of motivation. Season 1 will be an in-depth retelling of Tekken 3, with various alterations, and may finish with Jin’s vengeance. There’s a significant chance of a major cliffhanger and a revelation familiar to Tekken fans and unexpected to newcomers.