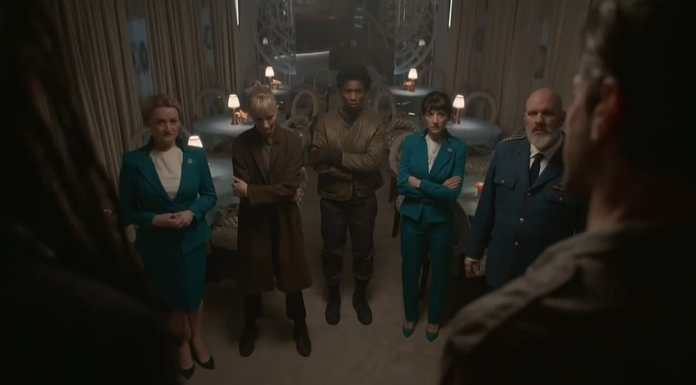 Snowpiercer Season 2 Episode 7 ends with a sentimental purpose. Like it happened with Pastor Logan (Bryan Terrell Clark) this week. Its title card was for those suffering from depression or suicidal feelings. Or know someone who needs help by contacting the National Suicide Prevention Lifeline or the Crisis Text Line.

After watching tonight’s new episode, are you ready for Snowpier Season 2 Episode 8 which is coming up next week? Snowpiercer Season 2 is nearing the end. Because this season has ten episodes. Season 2 has not even ended yet. The network has confirmed its third season.

To know more about the new episode 8 of Snowpiercer Season 2, take a look at its promo and Synopsis below.

The Eternal Engineer is the title of episode 8 which is a teleplay by Renée St. Cyr. read the synopsis.

Synopsis: An engineering catastrophe on Snowpiercer forces Layton to make a difficult choice, one that might cost him everything.