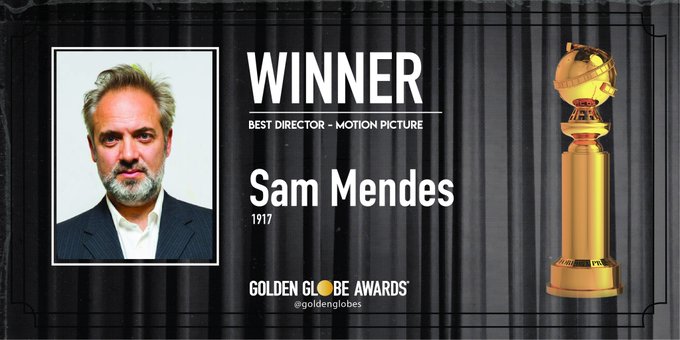 Once again He won Best Director – Motion Picture – the World War I movie 1917 (2019) in The 77th annual Golden Globe
1917 movie released on 25 December 2019.
At the height of the First World War, two young British soldiers, Schofield (George MacKay) and Blake (Dean-Charles Chapman) are given a seemingly impossible mission. In a race against time, they must cross enemy territory and deliver a message that will stop a deadly attack by hundreds of soldiers, Blake’s own brother among them.
It stars George MacKay, Dean-Charles Chapman, Mark Strong, Andrew Scott, Richard Madden, movClaire Duburcq, with Colin Firth, and Benedict Cumberbatch.