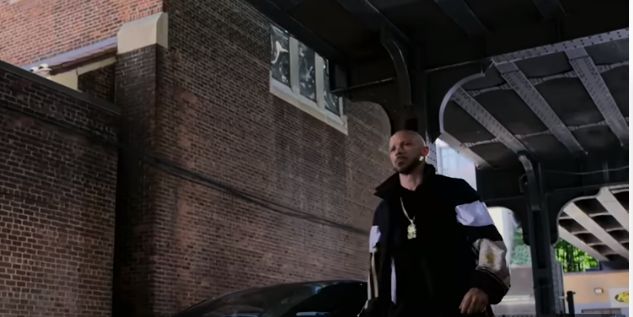 In the previous episode 5 of Power Book II: Ghost Season 2,  Zeke had to give himself up and had left Monet. They had a surprise at the station. ADA To let him know he was no longer a suspect, Jenny Sullivan and Kamaal Tate accompanied Det. Whitman. After that shocking TV interview, no team would choose Zeke. The fact that Ramirez’s gun matched both shootings disproved their (Whitman’s) theory that Zeke hired him to kill Prof.  To discover more about the Power Ghost eps- 205, read the recap below Do you want to understand more about Power Book II: Ghost Season 2 Episode 6 after watching the previous episode?   Now fans are looking forward to the next new episode. Power Book II: Ghost Season 2 Episode 6 has a promo for the release date as well as a spoiler at www.tvacute.com.

“What’s Free?” will be the title of Season 2 Episode 6 of Power Book 2: Ghost and a promo for the forthcoming episode have been released online – see below.  There will be no new episode on the network next week, or the week after that, or probably even the week after that. you’ll have to wait until next year January. What will happen in season 2 episode 6 and beyond? Things could get out of hand for Tariq. He’s been through a lot in his life, but very little of it has provided him with the security or control he craves.

Power Book II: Ghost Episode 206 Synopsis: Tariq reflects on where he is in his life and who he can trust; Brayden must decide whether to protect his family or help save Tariq’s; Monet is faced with a new world order within her own family.

How Can I Watch Power Book 2 Ghost Season 2 Episode 6 Online?

Zeke had to give himself up and had left Monet. They had a surprise at the station. ADA To let him know he was no longer a suspect, Jenny Sullivan and Kamaal Tate accompanied Det. Whitman. After that shocking TV interview, no team would choose Zeke. The fact that Ramirez’s gun matched both shootings disproved their (Whitman’s) theory that Zeke hired him to kill Prof. Jabari. In private, Whitman wasn’t so confident Zeke was innocent, but Kamaal had a hunch to dig deeper into Prof. Jabari’s writings for clues concerning his investigation and possibly his murder…

Kamaal and Whitman asked Carrie for assistance in deciphering Jabari’s writing. Tariq returned to his dorm with a gun. He asked Brayden whether Cane had found him. Brayden said no. He advised him not to mess with the Tejadas. Monet invited Mecca to his bar. He found that his money wasn’t required to free Zeke. She confesses to making bad choices lately. Then he showed her his trust fund for all of her kids… including Zeke! Monet was Zeke’s mother, Mecca his father, and she pretended to be his aunt. Monet told Mecca that was all too much and pushed him away. Carrie interrogated Tariq about the principal while at school. Then Monet came to school to pick him up and ride. She asked him why Zeke was involved and why he lied about Jabari’s death. She drove him to a remote location, brandishing her revolver, yet she let him repent. She ordered him to find Cane’s link. evicting him Monet visited with Cane, offering him a second chance. She wanted him to find Tariq’s flaws so she could control him.

Carrie informed Whitman that the book was about Tariq! Whitman was still certain it was about Zeke, the main character. Darryl “Ghost” St. Patrick, Tariq’s late father, was a significant heroin dealer, Kamaal said. Carrie suspected Tariq’s roommate, Brayden, of assisting him in drug sales. Though it was questioned due of his opulence. They leaned back in Lauren’s wire… Carrie told Lauren that the cops now suspect Brayden (not Tariq) and she needs her to get him on the wire to incriminate himself. Cane found Tariq and surprised Brayden. Lauren also knocked on the door asking for Tariq, and Cane managed to glean a hint from her that Tariq was looking for an apartment soon. Tariq went to see trust fund attorney Daniel Warren the next day to get custody of Yasmine. Cane asked Mecca about their plotting and she was puzzled why Monet kept Tariq around. Mecca realized he and Tariq were complicit in Jabari’s death. He also reassured him that as Monet’s plug, she was dependent on him. Dru and Everett were kissing when Zeke arrived with blonde hair. Dru lied to hide the fact that they were having sex with each other when Zeke asked how they knew each other. Tariq visited with Diana, asking for her aid in procuring Cane products (without Monet’s knowledge). She agreed to help him track out Cane. They both wondered if he had switched the medications now that he was the plug. He required goods from him to help Tariq for his hearing, or she would tell Monet he sugared the coke. He agreed and told Tariq to pick up the merchandise that night. Carrie, Kamaal, and Whitman questioned Lauren about the wire finds. They intended to improve her equipment to coach her on coercion. Whitman heard Lorenzo Tajeda Jr. on the tape and recognized him as Zeke’s cousin. (Kamaal still had doubts about Tariq.)

Monet visited Lorenzo to let him know Zeke was free. He got a call from Saxe saying Daina engaged him for his case hearing the next day. Tariq sent Brayden back to Cane, albeit he was watching from afar (finally borrowing a car LOL!) He then followed Cane to Mecca, filming him. Suddenly, one of Mecca’s men, Nuff, attacked him, facing the security camera. Cane lied when asked if he knew the man. Nuff beat Tariq but was let go. Mecca’s chef thinks Cane knew the visitor. Cane confronted Nuff in front of Mecca and asked him… So did Cane. Nuff was enraged, so Mecca ordered the cook to slit Nuff’s throat! Cane took Tariq’s phone from Nuff. Theodore Davis was informed by Davis that Saxe was working on a similar case. If he was successful, he would pivot Saxe. Theodore was happy with his circumstances and cautioned Davis that secrets might be disclosed. According to Theodore, Davis committed something that should have landed him in jail. Tariq went to see Monet after being battered but met Diana at their house while Everett was sending Dru off. Tariq missed Lauren and the realtor the next morning and lost the place. Although she was surprised by his appearance, she provided him with an alternative option. Due of his situation, she offered him her brother’s place.

Tariq told her that the book was not about Brayden. Tate thought that was enough evidence to look into Tariq’s dorm room! Cane handed Monet Tariq’s phone. He informed her of Tariq’s custody hearing and chastised her for sending Tariq to look for the plug. It could have killed them all! He knew she was the issue. Whether he was a soldier and her son… Monet met Tariq at the courthouse with a gun in her lap. She chastised him for being caught and letting Cane know. She wanted him to face the courtroom and lose his sister. He tried to get out of it by telling her he knows the plug’s name, Mecca, and his address. Tariq had to divulge more to Monet. He said Cane replaced the product with sugar, Dru was with Everett, and Diana robbed her bar. She let him go to the hearing because he convinced her she wasn’t in charge. Tariq was late for his hearing and the judge questioned him about his age and his appearance. Despite a fight with his grandma at the court, he got interim custody of Yasmine. Police investigated Rameriz’s dorm room and recovered his badge! Tariq was caught at school for the murders of Det. Ramierez and Prof. Reynolds! That’s how they did it.

Tariq received a letter from his father via attorney Daniel Warren! Ghost’s trust told Warren to give Tariq the letter if he was ever charged with murder. He didn’t know what the letter said and hoped he never had to send it to him. It said… “I knew you’d end up here, small n*gga!” The ghost of his own son haunted him from the grave, knowing he would be murdered! Monet met with Mecca, revealing her sorrow for her children’s misdirection and consenting to meet Zeke.  When Monet returned home to see the kids, she heard happy activity in the living room. Lorenzo had just returned from prison… he’s free!

Share
Facebook
Twitter
Pinterest
WhatsApp
ReddIt
Previous article
In Yellowstone, who is Judge Mitch Davis? Is he a friend of John Dutton’s?
Next article
Get Ready for Tonight! 911: Lone Star Season 3 Episode 1 – An unexpected cold front brings an ice storm to Austin;