[Netflix] The Ottoman Empire: Mara Brankovi: who was she? Was she Mehmed II’s mother? 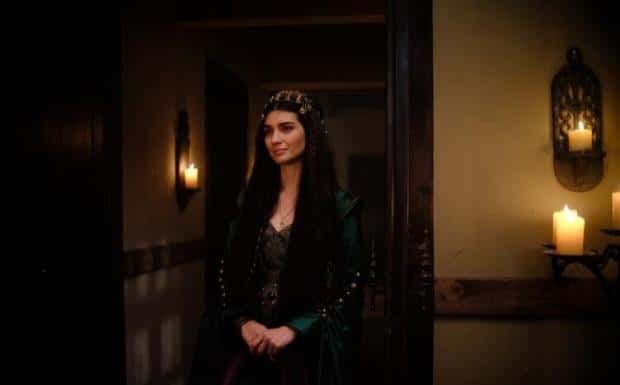 On January 24, 2020, Rise of Empires: Ottoman a Turkish historical documentary streamed on Netflix starring Cem Yiit Üzümolu and Tommaso Basili. Its first season has six episodes, all of which were written and directed by Emre Sahin and Kelly McPherson. Six episodes make up the second season on 29 December 2022. viewers are exposed to some of the most important political personalities in 15th-century Europe. One of these significant individuals was none other than Mara Brankovi, a female member of the royal family whose journey was anything from straightforward. She did, however, end up in a position of authority that not many women have experienced. Although she was married to Sultan Mehmed II’s father, her influence in the court throughout his reign is still noteworthy. Many people question if she and Mehmed are connected because their relationship is so maternal in nature. (tvacute.com) are here to investigate the same and discover the solutions you require, nonetheless!

Mara Brankovi, also called Sultana Marija or Amerissa, was the daughter of the Serbian monarch ura Brankovi and Eirene Kantakouzene. She was born around 1416 and died on September 14, 1487. She was the daughter of Despot George, the wife of Sultan Murad II, and the stepmother of Mehmed II. This gave her a big role in the Ottoman Empire’s diplomatic negotiations.  In June 1431, Mara was promised to be married to Murad II. The marriage was meant to stop the Ottoman Empire from invading Serbia, but the Ottomans still attacked Serbia from time to time. The wedding took place in Edirne on September 4, 1435. The areas of Duboica and Toplica were part of her dowry.  Mara “did not sleep with” her husband, it seems.

A letter from Mehmed the Conqueror to Mara Despina Hatun, his stepmother (1459)
George Sphrantzes’s history says that Mara was going home to her parents when Murad II died, which puts her trip home in 1451. Sphrantzes says that the widow said no when Byzantine Emperor Constantine XI asked her to marry him. Sphrantzes says that after her parents died in 1456 or 1457, Mara joined the court of her stepson Mehmed II. Nicol says that Mara stayed at court, and she was also offered her own estate at “Jeevo.” Nicol says that Jeevo is the same as the modern town of Dafni [el], which is near Serres. She often gave him advice after Mehmed became sultan.  Exiled Serbian nobles were part of her court at Jeevo.

Nicol says that Mara’s sister Cantacuzina came to live at “Jeevo” in 1469. During the second Ottoman–Venetian War, the two women helped Mehmed and the Republic of Venice talk to each other (1463–1479). In 1471, Brankovi went with a Venetian ambassador to the Porte to meet with the Sultan and talk about business. She still had a say in who led the Orthodox Church, even after Mehmed died and was replaced by Bayezid II. The monks at Rila monastery begged her to get the body of John of Rila moved from Veliko Tarnovo to Rila monastery. In 1469, she made sure that their wish came true. Because of her power, the Greek Orthodox Christians of Jerusalem were given special rights, which were later given to the people of Athos Monastery as well.  After the Ottoman Empire lost the Battle of Vaslui in Moldavia in 1475, Mara said that it was the worst loss for the empire.