The Netflix comedy “MO”, which Amer (who also stars in it) and Youssef co-created, centers on a Palestinian refugee in his 30s struggling to survive in Houston, Texas. The dramedy’s eight, 30-minute episodes debuted on Wednesday, August 24. In Houston, Texas, the forthcoming Netflix Original was shot. Amer portrays Mo, Farah Bieso portrays Yusra, Omar Elba plays Sameer, Teresa Ruiz plays Maria, and Tobe Nwigwe plays Nick in the film. Amer portrays Mo Najjar, His persona navigates the tensions between three different languages, two different cultures, and the numerous challenges he encounters as a Palestinian refugee. On the road to obtaining American citizenship, he and his family are continually living a step away from the asylum.

Mo flees to Houston, Texas, along with his tenacious and spiritual mother, sister, and older brother. Mo learns to adjust to his new environment there while laughing the pain away. Though, moving up in life involves a number of failures. Mo is left in a scenario in the most recent episode that toes the line between being extremely humorous and extremely risky. Particularly the cliffhanger leaves the audience wondering what Mo will experience next. How, if at all, will he escape that challenging circumstance? Let’s find out What happened in the finale. www.tvacute.com brings you the full recap of Mo Season 1 Finale. 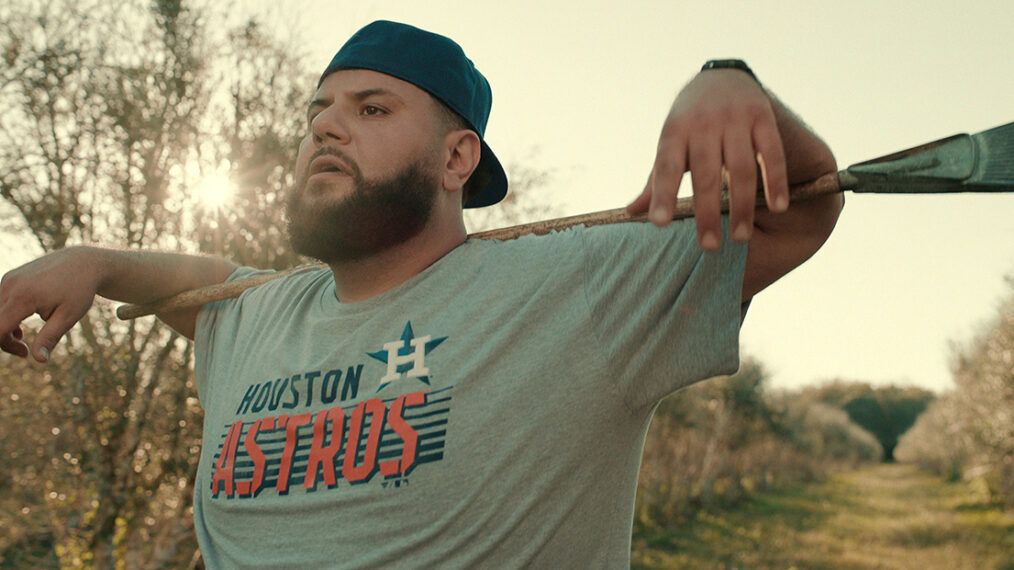 Mo loses his job because his boss doesn’t want to hire someone who isn’t a citizen after an ICE raid. While Mo looks for other things to do, he doesn’t tell his mother that he no longer has a job. He doesn’t want to add to the chaos at home when he’s already dealing with the issue of needing a Mexican Christian girlfriend. He tries to sell copies of branded items, but this gets him into difficulties with a gang, which makes his personal life even worse. Mo gets caught on codeine after getting shot at a grocery store. As he continues to miss his father, this makes him feel bad about not being able to do more for his family. In the meantime, his lawyer doesn’t seem to be getting anywhere with their citizenship appeal, so he decides to look for someone better suited to do that job. In between, flashbacks to his family’s past show what they were running away from and what caused his sister to grow apart from the rest of the family.

Mo is upset that he and his relatives have to go through the procedure all over again when they were so close to becoming citizens. For an instant, it appeared that acquiring the judge who did know their father would finally seal the deal. But the judge won’t hear their case because he has a conflict of interest. This means the Najjars still have a long and hard road ahead of them. Even so, his mother and brother don’t give up and start planning how to sell his mother’s olive oil. Mo makes the decision to do something that seems impossible in order to make a deal with his boss about the olives. Someone used to steal the olive trees, so Mo was hired to put a tracking system on the trees so that the thieves could be found.

While his boss gives up, Mo decides to locate the person who stole the trees and get them back. In exchange, she could press her oil on the farm. Mo tracks down the trees with Nick’s help because he is excited about the chance he could get for his family’s business. But things go from bad to worse when Mo and Nick are stuck in the truck with the trees and end up in Mexico. Mo seems to have sent himself away! Mo can’t go home as easily as Nick can because he isn’t an American citizen and doesn’t have a passport yet. When Mo sees a familiar face among the people who stole the trees, he can get in touch with the coyotes who can help him cross the border without having to pay. But things get worse when the tunnel that Mo was presumed to use to get out of the city is destroyed. Incidents occur in such a way that makes the coyotes think that Mo was involved in the plan to blow up the tunnel with a criminal tribe.

In the last scene, we see the wild animals chasing Mo. His life had never been easy, and even when things were going well, he would mess them up in some way. When he ends up in Mexico, it’s the worst thing that could happen to him. Nick was with him, but the last time he saw Nick, he was happy and on his return home. He thought they could help him, but now they want to kill him. Mo likes to get himself into sticky situations, but he’s good at getting out of them, and you can expect him to do the same in Mexico. Before the coyotes discover him, he is on the phone with Maria, and he goes on to tell her to call her cousins. Since she is from Mexico, her family or friends there might help Mo the next time we see him. If he can run faster than the coyotes, that is. He might be able to stay alive in Mexico because of Maria, but that won’t help him get back home. Since there’s no legal way for Mo to do it, whatever he has to do to get to the United States will just cause him more trouble. He has already met up with gangs and cartels more than enough times. But he doesn’t seem to be finished with it yet. He might even get more engaged with them now, even if he doesn’t want to.