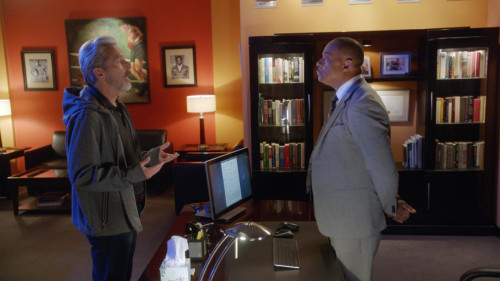 NCIS Season 19 premiere revealed what happened after the beloved Gibbs’s boat was blown up. In any case, the NCIS team went on a perilous mission to find him. Meanwhile, the crew had to adjust to yet another major shift. We find if Gibbs survived the boat explosion or not. His squad is looking into a serial murderer who has killed many people and whose bodies have been recovered all over. Now is the perfect moment to look ahead. NCIS season 19 episode 2 airing this Monday, Here’s (www.tvacute.com) everything you need to know including the promo, release date, and photos.

One thing we know for sure is that “Nearly Departed” will continue the narrative from the premiere. The NCIS crew is determined to catch a serial killer, aided by Gibbs. But it won’t be easy. Gary Cole Joins the Cast as FBI Special Agent Alden Parker. In a new sneak peek, you can get somewhat of a sense of what we are talking about here. Torres and Knight are going to find themselves a person of interest. Also, we’d love to see more of Gibbs actually working with his former colleagues. We hope that before this episode ends, some progress is made towards catching this killer once and for all. We’re not seeing any evidence at the moment that this case will be closed, but it’d be nice to actually know who the team is up against!

‘NCIS’ Season 19 episode 2 will air on CBS on September 27, 2021, at 9:00-10:00 PM, ET/PT. After airing on Tuesdays the previous season, the show will switch to Monday nights for the nineteenth season premiere. It will be available to watch online on CBS’ official website or Paramount+. You can also watch the upcoming episode on iTunes, Vudu, Google Play, YouTube, FuboTV, Amazon Prime (with a Paramount+ subscription), DirecTV, YouTube TV, Hulu + Live TV, Spectrum, and Xfinity’s VOD and Live-TV platforms.

“Nearly Departed” Synopsis: – While trying to find the serial killer Gibbs was after, the NCIS team discovers another person has been tracking the case as well.

Gibbs has been suspended. Gibbs may have withdrawn himself from the world or gotten caught up in the boat he was creating after he unprovokedly attacked a suspect. Instead, he spent his free time assisting in the hunt for a serial killer. Marcie Warren had been aided by Gibbs. She knew he was skilled since she was the journalist who published a very honest expose on him. Gibbs crawls out of the lake with a major injury.Later, he meets a woman named Thelma, who looks after him under the supervision of her husband, Virgil, a retired veterinarian with wound-healing skills. They presume he’s a member of a gang from the lake’s north bank almost immediately, but he manages to persuade them to allow him make a phone call.  McGee is the first guy he contacts, and he is urged to keep his reporter friend safe.

With a gun in hand, Gibbs finds his way to a barren ranger station on the north shore, where he is surprised to see Special Agent Jessica Knight, McGee, and Torres, who were led to the same place by an inquiry into the same spot, which is shortly inundated by a trio of gang members. They finally surrender after a bloody display of guns. McGee and Gibbs continue their inquiry into the next step. Torres also runs into Jimmy Palmer, who suspects Nick and Ellie of having previously been associated to one another. As the investigation into the boat accident proceeds, the crew discovers evidence that leads them to Warren, who is suspected of having a romantic relationship with Gibbs.