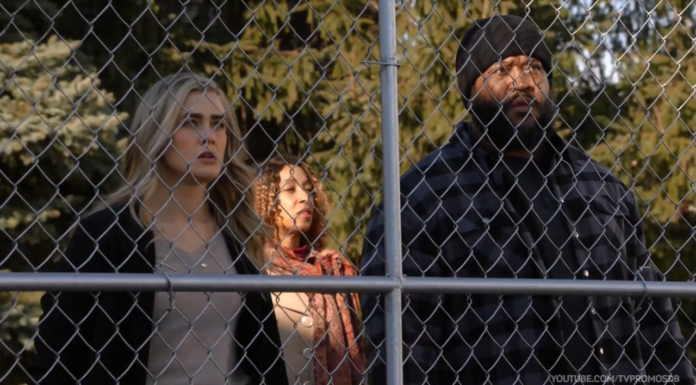 Are you curious to know what is going to happen for the upcoming episode of the Manifest, which will air this week? Which will lead us to the mystery of Flight 828. Like the previous episode, this time too will be seen one episode after another, Manifest Season 3 Episode 7 + 8 | In these episodes, Saanvi will be busy with some great work which gives him a chance to prove his ability. Maybe he can relate to Eureka. Mick and Ben join forces to discover the flight, with Grace and Angelina’s relationship deepening. So let’s get started, what the writers of the manifest have woven for us.

Manifest 308 Synopsis: – As Mick and Ben join forces to aid a desperate Flight 828 passenger, Saanvi grapples with a discovery at Eureka, and the burden of secrecy that comes with it. Grace and Angelina’s bond deepens. A maturing Cal enlists Zeke’s help in a personal matter.

Manifest Season 3 Episode 7 and Episode 8 will discharge on (May 6, 2021) at 8/7c on NBC. Next week we have another back-to-back episode. Another option to watch Manifest Episodes such as  Appletv, Prime Video, and direct tv.