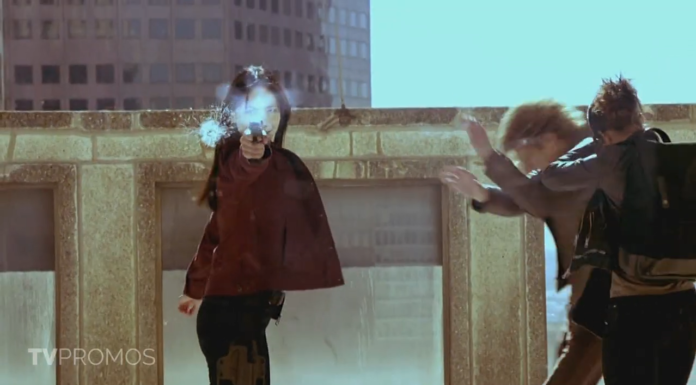 Murdoch is back! The next new episode will be action-packed titled ‘Diamond + Quake + Carbon + Comes + Tower’ of MacGyver Season 5. The eagerness to watch this exciting episode is growing. But when will this episode come? Why is the episode delayed? The obvious reason for this is the Covid-19 epidemic. Instead of a new episode this week, we will air season 4 episode 11 titled ‘Psy-Op + Cell + Merchant + Birds’.

The new episode will return on CBS on Friday, March 5, 2021, at 8 pm EST. You can see the pictures of MacGyver season 5 episode 10, and its preview below. We are sure when this episode will come back, it will bring a blast with us.

The episode is written by Andrew Karlsher and Andrew Klein and directed by Michael Martinez. The guest stars include David Dastmalchian as Murdoch and Joe Pantoliano as Andrews.

While on a mission to hunt down a Codex lead, Mac and the team discover Murdoc (David Dastmalchian) hacked their comms and has recorded them for months. Now, Mac and the team must stop Murdoc, who is working with Andrews (Joe Pantoliano), as they plot to kill thousands and reveal each Phoeix member’s most-guarded secrets.