Is Snowflake Mountain a fictional or true story? 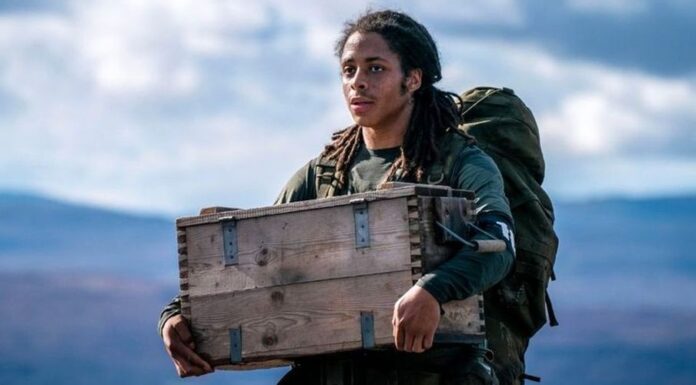 At the Edinburgh TV Festival in August 2021, Snowflake Mountain is the newest Netflix reality program, joining other UK reality and entertainment programs. This new show is more of a Survivor-style show than a real drama. People are curious about the show’s specific subject matter because of its fascinating title.

Netflix’s “Snowflake Mountains” can only be defined as equal parts uncomfortable, intriguing, and warm-hearted. It was executive produced by Cal Turner and Jo Harcourt-Smith. In the end, it centers on a bunch of spoiled, stupid kids who are essentially made to strive to attain their full potential by enduring the harsh wilderness with the aid of survivalists. Let’s investigate further to determine whether any of the series’ events are scripted or not now that we’ve seen how they unfold in the show—some of them are merely perplexing.

Is Snowflake Mountain a fictional or true story

Snowflake Mountain has always been marketed as a reality show since it was initially shown at the Edinburgh International Television Festival in the summer of 2021. Thus, it guarantees that none of the intimate circumstances, feelings, or interactions will be pre-written by writers before being given to the cast for careful execution in front of the cameras. However, given the size of the production and the numerous essential resources required, it is likely that the producers had a hand in quietly steering it in the direction of constant entertainment and liveliness.

“The back-to-basics camp is a shocking awakening to just how pampered their lives have been so far,” says Netflix of the program. A life-changing monetary award for the lucky winner is at risk. “The worst thing is that there is no Wi-Fi, running water, or parents to take care of them. However, kids will learn to graduate as fully capable adults by developing a connection to nature.

First things first: it is feasible that the cast members could have truly believed they were traveling to a luxurious home in the middle of nowhere, despite many people’s belief that the opening in and of itself is pretty false. The fact that their emotions were at an all-time high on that first day is also clear, and it even led to several people crying and a determination to resign.

Every element of the series, from Solomon’s acts to the survival specialists’ responses to Carl’s impatience to the development displayed by each lasting contender, serves as evidence of its veracity. Having said that, it’s important to remember that producers were involved and that post-production editing might affect how we see certain events. The latter makes sure we only see the most dramatically funny photos while the former may lead (and so influence) the seated confessionals by asking a question or elaborating on key instances.

There is no doubting that the tasks presented to the actors were prepared in advance by the producers and the experts, but the outcomes, the feelings generated by them, and the connections between them are all real. It does seem as if Netflix’s “Snowflake Mountain” is as unscripted as it can be, even though you should take this binge-worthy yet wonderfully emotive production with a grain of salt. Even while the term “reality” has historically been used loosely within the business, this is not at all surprising given that the streamer is known for releasing one enticing reality show after another.

Where is Snowflake Mountain located? What Is It?

The series has an international cast and was shot in the Lake District. Viewers will have the opportunity to see the sights and landscapes of the English wilderness because the show is filmed there. The largest National Park in the nation and a World Heritage Site is Snowflake Mountain. It is the location of Keswick as well as Scafell Pike, England’s highest mountain, Wast Water, its deepest lake, and other thriving towns. Although that seems extremely lovely, the youngsters might not agree.

Watch: Kate has arrived at Lake Windermere where she’s taking a ride on the magnificent Osprey boat with two of the Windermere Children who came here after the Holocaust in 1945 #duchessofcambridge #princesskate #katemiddleton pic.twitter.com/YZudBLWUHs

The mountains that will be the focus of the new reality program are a favorite destination for the Duchess of Cambridge, Kate Middleton. She went there with a Holocaust survivor in September 2021. However, she and Prince William enjoy taking their children on vacation there, where they go hiking and bouldering when she was younger. She participated in a mountain bike trip with air cadets as part of her ongoing drive to spend more time outside, per People. The mountains are suitable for pampered kids if they are suitable for the royal family.