In Boruto, Naruto Introduces Yet Another Eye Jutsu 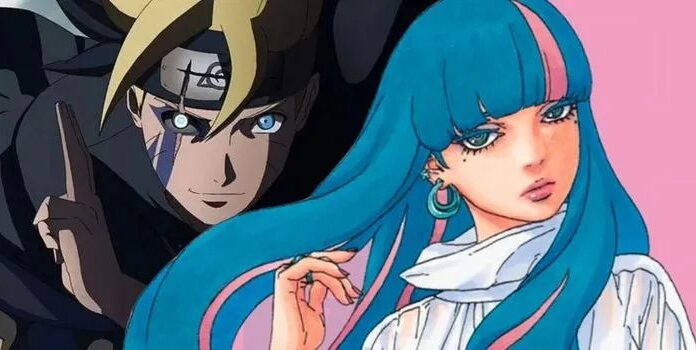 Boruto: Naruto Next Generations adds to the Naruto Saga’s jutsu lore by revealing yet another new type of Eye Jutsu! Code and Ada, two cyborgs so powerful that the Kara Organization decided it was best to keep them trapped in stasis, have been presented in the current Boruto story arc. Ada’s special ability has been clairvoyance, which allows her to see any event that is occurring or has occurred during her lifetime. Ada’s power is been given an official eye Jutsu name in Boruto manga Chapter 70!

Using Code’s mobility abilities, Code and Ada launched a surprise attack on Hidden Leaf Village. The “ambush” was actually a trap: Shikamaru and former Kara scientist Amado were waiting for Code to strike – unfortunately, Amado underestimated Ada’s omnisicent skills – as well as her augmented pheremone lures that bend people to her will!

Shikamaru chooses to lock himself, Amado, Code, and Ada in a room to keep the issue confined. As Naruto pounds on the door, attempting to get entry and save his comrades, Amado discloses Ada’s strength and why Naruto must be cautious. Amado describes a weird Jutsu to Shikamaru as the cyborg girl flashes it in her left eye: “Senrigan is its name. She can see what’s going on all throughout the world… It’s also not restricted to current events. She can also see past events in general. You can’t keep anything hidden from her. Most of the time.”

Shikamaru is quick to point out Senrigan’s potential flaw: it can’t look into a person’s mind or heart. Only the actions and events that take place. As a result, things like Ino’s jutsu, which connects Naruto’s squad in psychic conversation, are beyond Ada’s jurisdiction…

This is yet another new eye Jutsu for Boruto’s chapter of the Naruto series; we recently saw Issihki Otsutsuki, Kara’s leader, demonstrate his insane new Sukunahikona dojutsu. That ability allowed Isshiki to shrink himself or any non-living item he focused his sight on, then instantaneously restore it to its original size. Boruto has held the mystery of the Jogan in his right eye, which is also related to the Otsutsuki DNA that now dominates his body, and Isshiki’s power is now passed on to Kawaki through the villain’s Karma ressurection mark on the little kid.