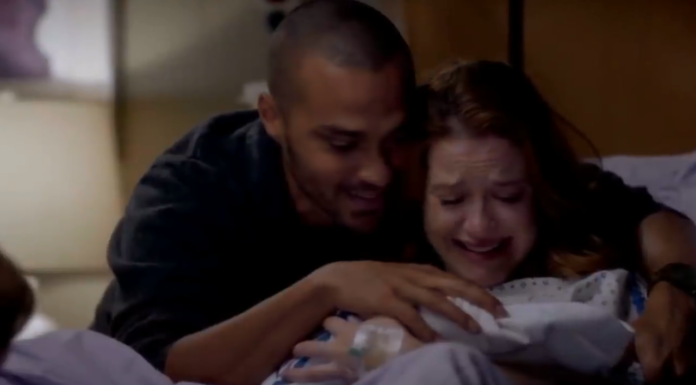 In episode 13 (titled: Good as Hell)  of Gray’s Anatomy, Meredith (Ellen Pompeo) is still sleeping through her COVID-19 recovery. And in her dream, on the beach with her dead husband Derek (Patrick Dempsey), Meredith talks to her about Zola. Richard (James Pickens Jr.) is set to work again. Amelia (Caterina Scorsone) works for Link (Chris Carmack).

Return in Grey salon, Teddy and Winston operated on Meredith and removed the clot, but Mer still did not wake up. Winston tells Zola to come to the hospital so that Mer can hear her voice.

At the beach, Meredith tells Derek that she is tired and that there is no pain at the beach. But Derek says “Our children need you. You should go.” Zola prepares to meet Meredith. She hugs him and tells her that she loves her. Mer replies, “We love you. We love you very much.” At the end of the episode,  Derek smiles and walks away alone on the beach.

But we have to wait for 2 weeks to see what will happen next. But don’t be disappointed. The new episode 14 titled “Look Up Child”, is going to be very interesting because Dr. April Kepner (Sarah Drew) is returning. Eric Roberts is also back as Jackson’s father, Robert.

To know more about the episode, you can see the pictures and proms of Grays Anatomy Season 17 Episode 14 below. Including photos of both Jackson and April reuniting together.

Abc has given a very short summary of this episode 14, which you can read below.

Jackson pays a visit to his father that helps set him on the right path. Guest-starring is Sarah Drew as Dr. April Kepner and Eric Roberts as Robert Avery..