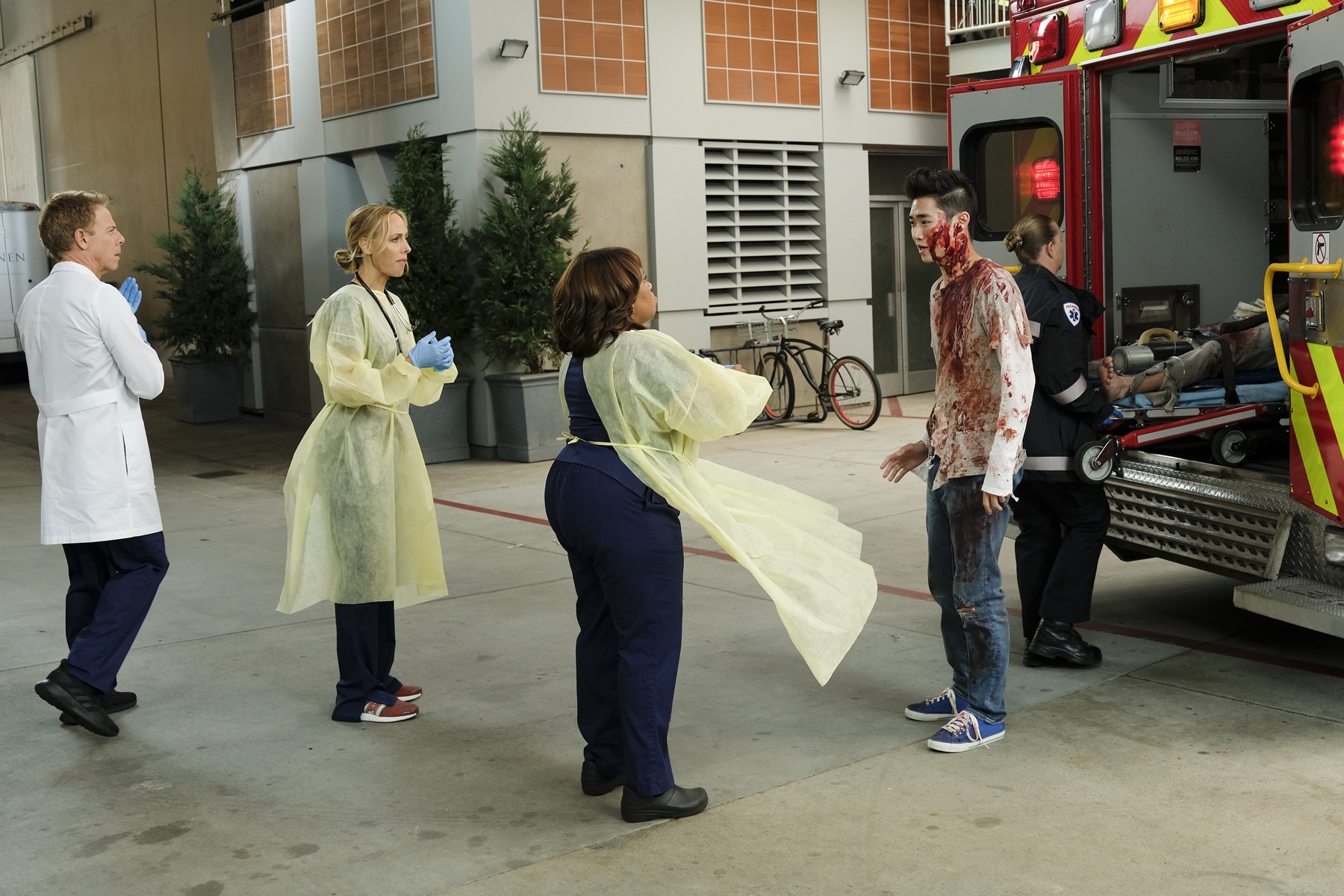 Here we have short recap Episode 6 of Grey’s Anatomy Season 16, which aired On Halloween Day. we saw why Tom Koracick hated Halloween. Alex and Jo decided to have a Halloween wedding.

After Zola (Aniela Gumbs) is short with DeLuca (Giacomo Gianniotti) for trying to help her with her costume, he asks her to open up about what’s bothering her. She admits that she’s worried about forgetting her late father, Derek Shepherd, and DeLuca reassures her. Then, he tells her the story of how Derek famously operated on an inoperable tumor.

All-day, Tom Koracick (Greg Germann) has been a Halloween Grinch and Bailey (Chandra Wilson) confronts him about it. Tom apologizes and explains that his son died a few weeks before Halloween one year, and the holiday always reminds Tom of losing his child. A hormonal Bailey does her best not to cry at the sad story.

Teddy (Kim Raver) does her best to dress the kids for Halloween. Schmitt (Jake Borelli) makes a young patient the perfect costume. Alex (Justin Chambers) and Jo (Camilla Luddington) decide to have a Halloween wedding at the courthouse to make their marriage legal. And Meredith bails her cellmate out of jail.