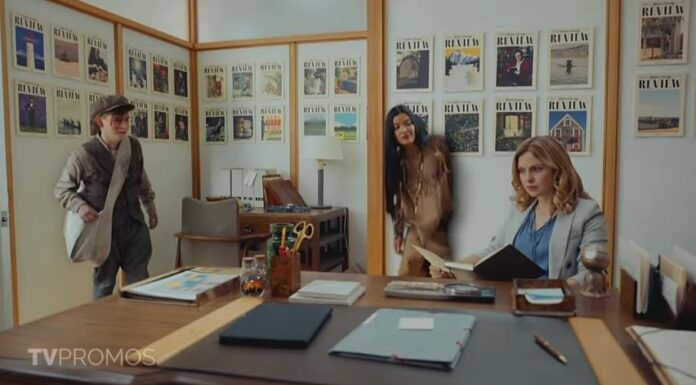 CBS’s Ghosts is a show that can make you laugh, but in the previous episode, it’s more likely that the CBS comedy made you cry. The episode provides a backstory for Pete, the amiable arrow-speared resident of Woodstone Mansion (Richie Moriarty). Till now it has been six episodes, tonight the seventh episode is going to air. Fans are now eager to discover more about the latest episode of Ghosts (2021). At www.tvacute.com, you’ve come to the perfect place to get the Ghosts Season 1 Episode 7 “Flower’s Article” summary and trailer.

In tonight’s episode, When Sam (Rose McIver) pitches the ghost’s colorful backstory, another hilarious episode of the great new spooky comedy pushes ’60s hippie Flower (Sheila Carrasco) into the forefront. To kick-start her own career, her commune once looted a bank in a Robin Hood-style plan to a magazine. Flower, on the other hand, is adamant about her escapades not being made public, despite the fact that no one can figure out why including fellow spirits Isaac (Brandon Scott Jones) and Alberta (Danielle Pinnock). Flower, on the other hand, is so spacy that she might not remember.

Ghosts (2021) Episode 7 Synopsis: When Sam is commissioned to write an article about Flower and her friends holding up a bank during their commune days, Flower begs Sam not to accept the job because she’s embarrassed about a part of the story she’s never revealed.

New Series Ghosts Episode 7 will release on November 11. “Ghosts” premieres on CBS on Thursday. Each episode will premiere on Paramount+ on Thursday nights at 9 p.m. ET/8 p.m. CT, (at 8 pm on NewsChannel5.) the same day it airs on CBS. The CBS All Access app has been renamed Paramount+, and you can now watch new episodes of “Ghosts” with Live TV the day after they premiere on Hulu.

Pete enlists Samantha’s (Rose McIver) assistance in locating his wife Carol (Caroline Aaron) and daughter Laura (Holly Gautier-Frankel). Despite her reservations about interfering, Samantha is able to persuade Carol to pay her a visit. Following Pete’s unexpected death in the 1980s, she invites Pete’s best friend Jerry (David Baby), who also happens to be her new husband. Pete’s own notes from the past lead him down a path of forgiveness when he realizes Carol has been cheating on him. When Pete’s daughter arrives with her own son, little Pete (Hudson Wurster), who is named after and dressed like his late grandfather, the warm and fuzzy sensations continue.